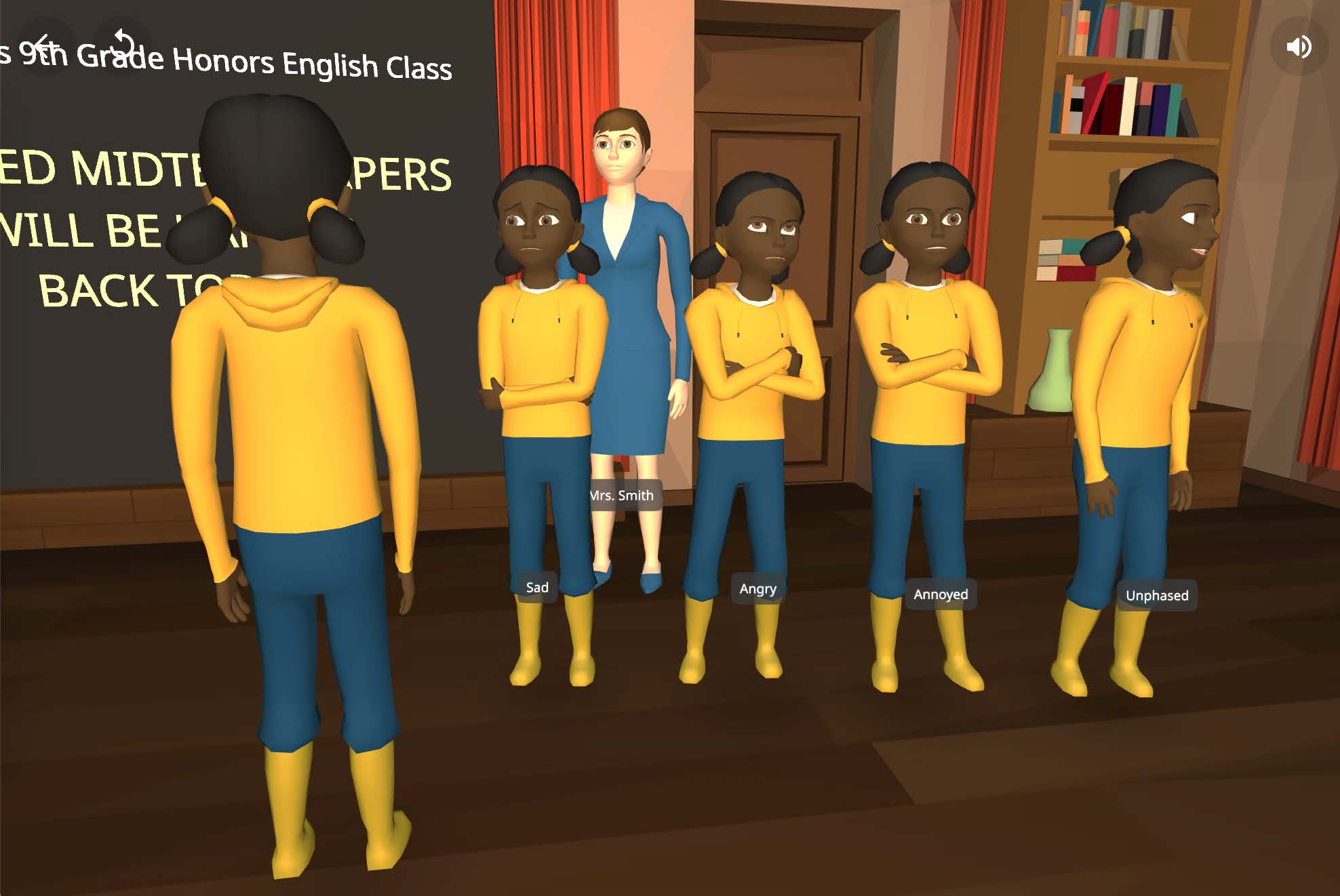 The national dialogue on race has progressed powerfully and painfully in the past year, and issues of racial bias in the news have become ubiquitous. However, for over a decade, researchers from MIT’s Imagination, Computation, and Expression Laboratory (ICE Lab) have been developing systems to model, simulate, and analyze such issues of identity.

In recent years there’s been a rise in popularity of videogames or virtual reality (VR) experiences addressing racial issues for educational or training purposes, coinciding with the rapid development of the academic field of serious or “impact” games such as “Walk a Mile in Digital Shoes” or “1000 Cut Journey.”

Now researchers from the ICE Lab, part of MIT’s Computer Science and Artificial Intelligence Laboratory (CSAIL), and the MIT Center for Advanced Virtuality, have come up with a new approach to better understand our behavioral choices: a video game simulation of a discriminatory racial encounter between a Black student and her white teacher.

“Danielle Olson is at the forefront of computational modeling of social phenomena, including race and racialized experiences,” says her thesis supervisor D. Fox Harrell, Professor of Digital Media and AI in CSAIL and director of the ICE Lab and MIT Center for Advanced Virtuality. “What is crucial about her dissertation research and system Passage Home is that it does not only model race as physical experience, rather it simulates how people are socialized to think about race, which often has more a profound impact on their racial biases regarding others and themselves than merely what they look like.”

The system, which was informed by the social science research of collaborators at the University of Michigan’s Engaging, Managing, and Bonding through Race (EMBRace) lab, is supported by the Racial Encounter Coping Appraisal and Socialization Theory (RECAST). RECAST provides a way of understanding how racial socialization, or the way one has been taught to think about race, cushions the influence between racial stress and coping.

Based on the team’s 2019 computational model, the game, called “Passage Home”, is used to help understand the attitudes of PreK-12 educators, with the eventual goal of providing an innovative tool for clinicians to better understand the behavioral choices adolescents make when encountered with racial injustice.

The interactive game puts the player into the first-person perspective of “Tiffany,” a talented and hard-working Black student who is falsely accused of plagiarism by her white female English teacher, “Mrs. Smith.” In the game, Mrs. Smith holds the inherently racist belief that Black students are incapable of producing high-quality work as the basis of her accusation.

“There has been much focus on understanding the efficacy of these systems as interventions to reduce racial bias, but there’s been less attention on how individuals’ prior physical-world racial attitudes influence their experiences of such games about racial issues,” says MIT CSAIL PhD student Danielle Olson, the lead author on an AI paper about Passage Home.

Many mainstream strategies for portraying race in VR experiences are often rooted in negative racial stereotypes, and the questions are often focused on “right” and “wrong” actions. In contrast, with Passage Home, the researchers aimed to take into account the nuance and complexity of how people think about race, which involves systemic social structures, history, lived experiences, interpersonal interactions, and discourse.

In the game, prior to the discriminatory interaction, the player is given a note that they are (Tiffany) actually academically high-achieving and did not commit plagiarism. The player is prompted to make a series of choices to capture their thoughts, feelings, and desired actions in response to the allegation.

The player then chooses which internal thoughts are most closely aligned with their own, and the verbal responses, body language, or gesture they want to express. These combinations contribute to how the narrative unfolds.

One educator, for example, expressed that, “This situation could have happened to any student of any race, but the way [the student] was raised, she took it as being treated unfairly.”

The game makes it clear that the student did not cheat, and the student never complains of unfairness, so in this case, the educator’s prior racial attitude results in not only misreading the situation, but actually imputing an attitude to the student that was never there. (The team notes that many people failed to recognize the racist nature of the comments because their racial literacy inhibited them from decoding anti-Black subtexts.)

The results of the game were categorized by five criteria:

“Even if developers create these games to attempt to encourage white educators to understand how racism negatively impacts their Black students, their prior worldviews may cause them to identify with the teacher who is the perpetrator of racial violence, not the student who is the target,” says Olson. “These results can aid developers in avoiding assumptions about players’ racial literacy by creating systems informed by evidence-based research on racial socialization and coping.”

While this work demonstrates a promising tool, the team notes that because racism exists at individual, cultural, institutional and systemic levels, there are limitations to which levels and how much impact emergent technologies such as VR can make.

Future games could be personalized to attend to differences in players’ racial socialization and attitudes, rather than assuming players will interpret racialized content in a similar way. By improving players’ in-game experiences, the hope is that this will increase the possibility for transformative learning with educators, and aid in the pursuit of racial equity for students.

The research is part of a collaboration with Dr. Riana Elyse Anderson, Assistant Professor in the Department of Health Behavior and Health Education at the University of Michigan’s School of Public Health.

The paper will be presented at the 2020 Foundations of Digital Games conference.

From Insights To Robots, Speech AI Use Cases Have Exploded 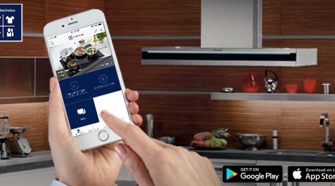 Electrolux And IBM Collaborate To Use AI To Enhance Customer Experiences