Right now, artificial intelligence (AI) and countless algorithms are integrated into our daily life. Because of the efficiency they bring into the table, the use of AI is only expected to widen. With humanity becoming more and more reliant on this technology, it is only natural to think about the implications. In contrast to the common impression that AI and algorithms are impartial and infallible, these technologies can fail miserably.

William Welser IV and Osonde Osoba’s An Intelligence in Our Image: The Risks of Bias and Errors in Artificial Intelligence evaluates algorithms and AI — which they group together under the moniker, artificial agents — its shortcomings and how they can be combated.

Here are the key points in this report.

For so long algorithms are perceived only as some sort of a step-by-step procedure or code to process numbers or solve equations.

In the 1960s, however, algorithms became more than just static mathematical models. Algorithms were developed to learn. Instead of just crunching the numbers, the algorithms tune their behaviour based on what input id being fed to them in conjunction with performance metrics.

Algorithms that we experience right now are dynamic. They learn. They can adapt from experience. In other words, they have intelligence.

Right now, the revolution brought by Big Data lends itself to the development of learning algorithms. As much as the technology has grown over the years, it remains flawed.

The vulnerability of artificial agents lies on one thing: the input data used to train them — their data diet, so to speak.

The Problem in Focus: Factors

According to Osoba and Welser, an artificial agent is only as good as the data which trains it. Data diet is the first and main problem of AI. To remedy this, algorithms should be designed taking the bias into account.

The second problem is dealing with policy and social questions. To define truth and the guiding principles an artificial agent must abide by is a difficult task.

The third problem is dealing with fuzzy, non-binary problems.

Social norms, the government, and the law all require humans to make judgments based on their subjective perceptions and the awareness of the nuances of each situation they are presented with.

While an artificial agent will most definitely excel in black & white situations, our world is more of a spectrum of greys.

Aside from these three problems, Osoba and Welser also pinpointed technical factors which pose difficulty in developing algorithms:

Poor reward functions will allow humans to eventually manipulate the algorithms in accord to the outcome they desire. In the context of critical situations such as intelligent credit scoring systems, this may turn out really ugly.

Eliminating bias in artificial agents will entail an infusion of technical and non-technical remedies.

As much as we should check the outputs of our intelligent systems, the algorithm designers, policy-makers, leaders and the general public —  first and foremost — should also keep their biases in check.

Next How To Install Pandas (Python OpenSource Project) 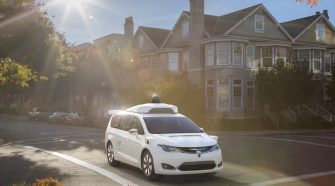