Antarctica’s penguin populations are at serious risk. According to a 2019 study from the British Antarctic Survey, the world’s largest Emperor penguin colony has suffered unprecedented breeding issues for the past three years, is uniquely vulnerable to ongoing and projected climate change, and could virtually disappear by the year 2100. In order to study penguin populations, researchers first need to accurately count them. A new crowd counting solution from Intel AI Builder member and data science company Gramener could enable researchers to use computer vision to count penguin populations faster and more accurately.

“It’s important to understand the impact we are having on penguin populations in Antarctica,” said Naveen Gattu, COO and co-founder of Gramener. “We believe that AI has the power to help researchers identify what is causing their decline, and are proud to be using Intel AI technologies for applications of social impact. Our crowd counting solution has the potential to help us better understand penguin populations.”

Gramener used an image dataset of Antarctica’s penguin colonies from the Penguin Watch Project, which included images from over 40 locations. In partnership with Microsoft AI for Earth, Gramener researchers trained a deep learning model to count the penguins. The model uses a density-based counting approach to approximate the number of penguins in clusters of different sizes from the images. This solution has been repurposed and benchmarked on Intel® Xeon® Scalable processors and the Intel® Optimization for PyTorch for optimized performance.

This solution could help researchers overcome challenges in manually counting penguins from camera traps, which can be tricky due to perspective distortion, penguins standing too close together or clustering, and diversity of camera angles.

Previous Want To Use AutoML Tables From A Jupyter Notebook? Here’s How 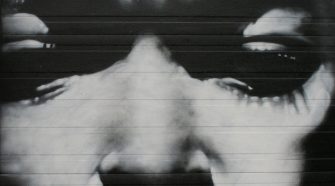