“Subcritical” experiments like this consist of exploring the behavior of plutonium when it is subjected to a high explosives drive, but without it ever reaching the point where the fissile assembly reaches criticality. Researchers have decades of experience designing subcritical experiments, but existing diagnostic tools have not allowed measurements of the exact reactivity in this dynamic environment. The uncertainties involved with inferring reactivity using the existing suite of diagnostics have long kept researchers from validating certain aspects of numerical models used in assessing stockpile safety, security and effectiveness.

“Our codes have certainly earned confidence over the many years of subcritical testing,” said Michael Zika, associate program director for Stockpile Weapons Science. “When we design a subcritical experiment, we’re absolutely certain that it won’t go critical. With that said, the codes are only as good as the data you have to compare them with, and to date, we haven’t had a precise way to measure how close our reactivity predictions were. We’re looking to NDSE to solve that.”

Unlike diagnostics used on subcritical experiments to date, NDSE will be used to take direct measurements of an assembly’s reactivity. Using neutrons to diagnose the reactivity of a static assembly has already been demonstrated to work, thanks to a years-long demonstration effort by LANL and NNSS. What is groundbreaking with the NDSE capability is that it will provide the first-ever subcritical neutron diagnosis of plutonium reactivity in a dynamic experimental configuration driven by high explosives.

The NDSE capability will use a mega-amp-class Dense Plasma Focus (DPF) to create a large burst of neutrons. These neutrons induce a limited number of fission reactions when they interact with the subcritical plutonium assembly. The subsequent emitted gamma rays can then be precisely measured.

The pulsed power banks generate a microsecond-duration high-voltage and high-current pulse, which is transferred via transmission line cables to a disk-like collector plate and ultimately through the DPF head where the multi-mega-amp pulse accelerates and compresses a Deuterium-Tritium plasma into a Z-Pinch, creating an intense flash of neutrons.

The neutrons will be timed to impact the subcritical plutonium assembly after the high explosives go off and at a time of key interest to the specific experimental configuration. This will initiate a limited number of fission reactions, emitting gamma rays that can then be measured by a large wall of scintillating detectors. In the end, researchers will have a more precise measurement of assembly reactivity than ever before.

Tuning the neutron pulse to effectively interrogate a plutonium assembly requires careful shaping of the electrical pulse — its voltage, current pulse amplitudes and the time it takes to reach peak current (rise-time). If the DPF electrical pulse is mistimed or misshapen, then the pinch and subsequent neutron pulse may be early, late or not happen at all.

The initial configuration of these new modules mimics an already existing pulsed power driver in Nevada. The modules have been designed to be modified and reconfigured to meet future neutron source requirements for future series of subcritical tests.

“Part of the novelty of this system is its robust, compact, modular, transportable and flexible design,” said Michael Anderson, lead pulsed power scientist. “This provides the unique capability to tailor voltage and current waveforms and swiftly transform the system into different configurations for higher performance DPF regimes.”

The four pulsed power modules delivered this month are the “engine” of the train. Two additional train carts near the “caboose” are also nearing completion and are primarily comprised of the controls and required gas handling systems. NNSS will lead in the effort to integrate the pulsed power modules with the DPF head, followed by testing and qualification of the overall system. The first NDSE experiment is scheduled for 2022 at the U1a Complex and will be led by LANL.

“The team has been excellent,” said Andrea Schmidt, LLNL NDSE project leader. “It was no easy task to get these out the door. In addition to working closely with LANL and NNSS, we coordinated with a number of organizations within LLNL to ensure that the work could be done safely, given the COVID-19 pandemic. The team took a very deliberate approach, wearing masks the entire time and scheduling their tasks to reduce the time spent in proximity. While shipping these modules is a small step in a long process, it’s notable that the team was able to deliver.”

Google Cloud Next 2019 | Insight to Action With Deloitte: Driving ROI With Marketing Analytics 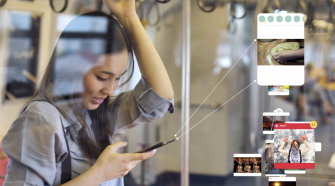 AI Gets Better Every Day. Here’s What That Means For Stopping Hate Speech