Drones are great for collecting valuable data insights. But the amount of unstructured data can overwhelm your systems or go unused if you’re not prepared.

Internet of Things (IoT) and visual data are what drones record and collect, but they also deliver unstructured big data. The net of this for companies interested in using drones for their operations is that an IT plan for supporting the big data that results from drone missions must be defined and implemented. Such a plan must address not only the data collecting equipment and types of data that the drone carries and gathers, but also where data will be stored and processed.

Here are some questions to ask yourself and your team to help you design your big data plan.

1. What types of drone operations and data collection will you do?

If you’re in real estate, or work at a law enforcement agency using drones to monitor and record the details of traffic accidents, your drones will be recording and collecting videos and photos of events that will ultimately be stored and studied later. However, if you’re in agriculture, geology, or oceanography, you might want drones to be equipped not only with video equipment, but with sensors that can record depths, soil moisture content, and thermal temperatures. And if you’re in the military, you might want drones that can fly missions, and detect thermal, sonar, and vibrational footprints in fields of battle.

The data types you need to collect will dictate the size of the storage you will need for them. The larger the data payload, the larger amount of bandwidth you’ll need as well. There are also some kinds of data that must be transmitted in real time.

All of these elements will factor into the type of IT you’ll need to support your drones.

2. What type of data security will you need?

If your mission is highly sensitive, you will want data encryption for any data you’re transmitting. Even if you aren’t immediately transmitting data, what if your drone fails and you can’t recover it? Will encryption be needed to protect the data no matter what?

What about your security at the IoT device level? Depending on your application, your drones might be carrying sensors, photogrammetry equipment, LiDar equipment, or other kinds of IoT devices. Some of these devices have proprietary operating systems and security pre-settings that may or may not conform to the levels of security you want. Have you checked all of these devices so that they are set to the security standards that your company requires?

3. What type of storage architecture will you need?

There are lightweight drones with onboard solid state storage that companies use. In other cases, data is streamed live from the drone to a ground-based, central storage point. In still other cases, the drone temporarily hosts the data, which is then transferred to an in the-field storage server and later uploaded to a central data repository that might be many miles away.

The most common IT architecture used for drones is to temporarily store the data collected in local storage at a nearby field office. This data can then be uploaded at a later time to headquarters so it can be centralized with other data.

By ultimately centralizing data, organizations can apply their analytics to the full range of data under management. Companies can also extract portions of data from this central data repository to feed a GIS, a CAD system, or other systems that need drone data.

4. How will you integrate drone data so it can be used?

A majority of companies use some type of GIS system to integrate their data. GIS is a popular choice because so much drone data is geographically oriented. You can create a map from data collected by the drone and then overlay other key elements on top of the map that are relevant to the context in which you are studying the data.

For example, a port authority can track incoming and outgoing vessels, trucks and yard operations at the same time that data about weather patterns, traffic congestion in nearby areas, etc., is overlaid. The total picture proves actionable intelligence to port personnel on how well port operations are moving and if there are bottlenecks in operations that must be worked around.

Similarly, forest firefighters combatting a wildfire over thousands of acres can send drones out to survey the area and also to map fire hot spots so a plan of attack can be devised. In both cases, drones can collect data and deliver information that can quickly be analyzed and actionalized for operations.

Make drones and IoT data work for you

Operationalizing drones requires a sound IT plan for data collection, security, curation, transmission, storage,and integration. The plan must be constructed around the types of data the company is collecting and the business use cases this data supports.

In most cases, companies want their IT departments directly involved in the effort.

This feature originally appeared in TechRepublic.

Next Say Goodbye To Hold Music 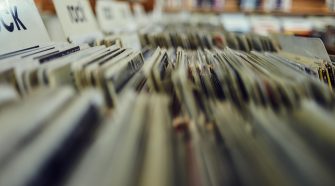