The NNSA on Thursday announced recipients of funding and five-year cooperative agreements with the universities for forming centers focused on application problems relevant to NNSA, marking the third phase of the PSAAP program (PSAAP III). Each of the centers, including their graduate students, postdocs and faculty members, will have access to unclassified supercomputers at LLNL for their funded PSAAP III research. The universities also will send students to the three NNSA laboratories (LLNL, Los Alamos and Sandia National Laboratories) for internships during the centers’ tenure.

The primary focus of PSAAP III will be to develop and validate large-scale physics simulation codes for heterogeneous architectures, specifically for exascale systems (emerging supercomputers capable of at least a quintillion operations per second).

“PSAAP’s focus on heterogeneous architectures is perfectly aligned with LLNL’s determined efforts to extract maximum performance from GPU-focused systems like Sierra and El Capitan,” said LLNL’s Advanced Simulation and Computing (ASC) acting program director Chris Clouse. “The promise of greatly enhanced productivity through the use of artificial intelligence, enabled with heterogeneous architectures, is something we see both our staff and PSAAP students to be highly energized over.”

PSAAP began in 1997 as the Accelerated Strategic Computing Initiative’s (ASCI) Academic Strategic Alliance Program, emphasizing predictive science. That emphasis has since evolved to include exascale computing. The previous PSAAP phase, PSAAP II, occurred in 2013 and is concluding later this year.

For this third round of centers, the ASC program selected nine universities across three categories: Multidisciplinary Simulation Centers (MSCs), large centers with application areas relevant to NNSA and exascale computing; Single-Discipline Centers (SDCs), concentrating on only one-physics phenomenon; and Focused Investigatory Centers (FIC), smaller centers that will research one of three core areas of interest to NNSA. NNSA will provide up to $16.5 million for MSCs, up to $9.5 million for SDCs, and up to $5 million to FICs over the course of PSAAP III.

“Through the PSAAP III centers, students will be exposed to working environments similar to what they would experience at a national laboratory, collaborating with interdisciplinary teams on high performance computing modeling and simulation,” said Deputy Division Leader for LLNL’s Center for Applied Scientific Computing Ana Kupresanin, PSAAP representative from LLNL. “The program is important for student exposure to the NNSA laboratories, helps strengthen the workforce pipeline, and provides an avenue for Lab scientists to interact with academia. In the past, PSAAP has been an integral asset for advancing algorithms, computer science work and applications utilized by NNSA.

“It has a big impact on our interactions with the universities and our outreach,” Kupresanin said. “A lot of these students are later hired by various programs at the laboratories. It’s also an opportunity to exchange scientific ideas with an academic community that works on similar types of problems that we have at LLNL.”

LLNL will provide the centers’ students and faculty with access to HPC systems including Lassen, the unclassified companion to Sierra, and eventually to the unclassified companion to the exascale machine El Capitan, scheduled for deployment in 2023. They also will enjoy substantial access to LLNL’s Commodity Technology Systems (CTS), as supported by ASC program for the computer cycles. Students are required to intern at the NNSA laboratories, and Kupresanin said she expects LLNL to host as many as 40 interns from the centers in the coming years.

During their internships, students will collaborate with Lab scientists on research related to NNSA mission objectives and engage with LLNL experts across a wide range of disciplines, including math, engineering, computer science and physics. The PSAAP III faculty too will have the unique opportunity for face-to-face interactions with Lab researchers.

“For more than 20 years, the PSAAP program has been an invaluable resource for bringing some of the country’s most promising students together with our scientists and engineers,” said Weapons and Complex Integration Principal Associate Director Kim Budil. “This collaborative environment provides us with new perspectives and insights into some of the most complex challenges we face within the weapons program, and we are excited that PSAAP is continuing to strengthen our connection to academia.”

Over the course of PSAAP III, members from the NNSA laboratories will meet on an annual basis at one of the centers and visit school campuses to attend student presentations and poster sessions. Each university is required to demonstrate progress over the five-year span in the predictive capability of their simulations. Their research will be reviewed by a team, including representatives from each laboratory and the PSAAP III federal program manager, using data from university or lab experiments, through scientific literature or from public/shared data sets.

Open only to American and Ph.D.-granting universities, the PSAAP III selections were made via a rigorous review process. Universities were required to exhibit excellence in multiple components, particularly in advancing predictive science with applications to exascale computing, verification and validation and uncertainty quantification (V&V/UQ), as well as strong plans for computer science, data collection, and distribution to a wider scientific community. The universities have also outlined management plans for their center, how they will interact with NNSA laboratories during the cooperative agreement, as well as their plans for diversity and inclusion regarding students, faculty and staff participating in their center.

The selections are as follows:

Previous The History Of Artificial Intelligence

Next Intel And Sandia National Labs Collaborate On Neuromorphic Computing 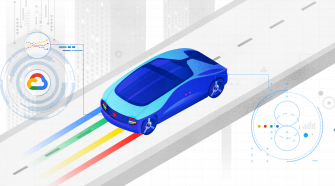