EuroHPC is a joint collaboration among governments and the European Union aimed at building one of the world’s most advanced supercomputing ecosystems in Europe.

The new systems include one dubbed “Leonardo” that Nvidia says is the world’s most power artificial intelligence supercomputer. Unveiled today at the Italian inter-university consortium CINECA’s research center (pictured), it can deliver 10 exaflops, or quintillion floating-point operations per second, of AI performance that will enable it to tackle some of the most advanced AI and high-performance computing applications, Nvidia said.

The four supercomputers are the first of eight machines that will be announced in Europe this year, and Nvidia said all of them are expected to rank among the world’s top 50 most powerful supercomputers.

EuroHPC’s idea is to create a regional network of supercomputers that will serve as an engine to “power Europe’s data economy.” The consortium plans to apply AI and data analytics to a range of commercial and scientific applications, tackling issues such as COVID-19 and climate change and designing more advanced airplanes, cars, drugs and materials.

Each of the supercomputers will be powered by Nvidia’s latest A100 Tensor Core high-performance graphics processing units, which are based on the company’s modular DGX SuperPOD architecture and specifically designed for AI and inference workloads. They also use Nvidia’s Mellanox HDR InfiniBand networks for high throughput and extremely low-latency network connectivity.

The Leonardo system was built by Atos SE, an NVIDIA systems partner headquartered in France, and packs almost 14,000 A100 GPUs. Researchers at CINENCA plan to use the machine to tackle tasks such as simulating the planetary forces behind climate change and molecular movements inside coronavirus molecules.

The other three supercomputers will be built in the Czech Republic, Luxembourg and Slovenia, where they will serve as national centers of competence and help to expand skills and create new jobs, EuroHPC said.

For example, the MeluXina supercomputer in Luxembourg will be powered by 800 Nvidia A100 GPUs and deliver 500 petaflops of AI performance. It will be used for both commercial applications and scientific research in healthcare, financial services and manufacturing.

Meanwhile in Slovenia, the new Vega supercomputer will be hosted by the Institute of Information Science or IZUM in Maribor, powered by 240 Nvidia A100 GPUs. Vega will “help ensure a new generation of experts and developers, as well as the wider Slovenian community, can meet new challenges within our national consortium and contribute to regional and European HPC initiatives,” said IZUM Director Aleš Bošnjak.

The as-yet unnamed Czech system will be built by Hewlett-Packard Enterprise Co. and hosted in the IT4Innovations National Supercomputing Center in Ostrava. It’ll be powered by 560 Nvidia A100 GPUs and deliver 350 petaflops of AI performance, which is seven times more powerful than the facility’s existing supercomputer system. EuroHPC said it will be made available to both academic researchers and industrial users for simulations, data analytics and AI.

EuroHPC said that it’s planning to build four more supercomputers based on Nvidia architecture in Bulgaria, Finland, Portugal and Spain, and could add additional systems to its supercomputer network by 2027.

Constellation Research Inc. analyst Holger Mueller told SiliconANGLE that supercomputers are the No. 1 platform for complex AI workloads and countries are racing to be at the forefront of these.

A Communication Tool For People With Speech Impairments 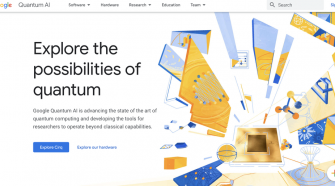