Artificial intelligence has been making waves in recent years, enabling us to solve problems faster than traditional computing could ever allow. Recently, for example, Google’s artificial intelligence subsidiary DeepMind developed AlphaFold2, a program which solved the protein-folding problem. This is a problem which has had baffled scientists for 50 years.

Advances in AI have allowed us to make progress in all kinds of disciplines – and these are not limited to applications on this planet. From designing missions to clearing Earth’s orbit of junk, here are a few ways artificial intelligence can help us venture further in space.

Do you remember Tars and Case, the assistant robots from the film Interstellar? While these robots don’t exist yet for real space missions, researchers are working towards something similar, creating intelligent assistants to help astronauts. These AI-based assistants, even though they may not look as fancy as those in the movies, could be incredibly useful to space exploration.

A recently developed virtual assistant can potentially detect any dangers in lengthy space missions such as changes in the spacecraft atmosphere – for example increased carbon dioxide – or a sensor malfunction that could be potentially harmful. It would then alert the crew with suggestions for inspection.

An AI assistant called Cimon was flown to the international space station (ISS) in December 2019, where it is being tested for three years. Eventually, Cimon will be used to reduce astronauts’ stress by performing tasks they ask it to do. NASA is also developing a companion for astronauts aboard the ISS, called Robonaut, which will work alongside the astronauts or take on tasks that are too risky for them.

Planning a mission to Mars is not an easy task, but artificial intelligence can make it easier. New space missions traditionally rely on knowledge gathered by previous studies. However, this information can often be limited or not fully accessible.

This means the technical information flow is constrained by who can access and share it among other mission design engineers. But what if all the information from practically all previous space missions were available to anyone with authority in just a few clicks. One day there may be a smarter system – similar to Wikipedia, but with artificial intelligence that can answer complex queries with reliable and relevant information – to help with early design and planning of new space missions.

Researchers are working on the idea of a design engineering assistant to reduce the time required for initial mission design which otherwise takes many human work hours. “Daphne” is another example of an intelligent assistant for designing Earth observation satellite systems. Daphne is used by systems engineers in satellite design teams. It makes their job easier by providing access to relevant information including feedback as well as answers to specific queries.

Earth observation satellites generate tremendous amounts of data. This is received by ground stations in chunks over a large period of time, and has to be pieced together before it can be analysed. While there have been some crowdsourcing projects to do basic satellite imagery analysis on a very small scale, artificial intelligence can come to our rescue for detailed satellite data analysis.

For the sheer volume of data received, AI has been very effective in processing it smartly. It’s been used to estimate heat storage in urban areas and to combine meteorological data with satellite imagery for wind speed estimation. AI has also helped with solar radiation estimation using geostationary satellite data, among many other applications.

AI for data processing can also be used for the satellites themselves. In recent research, scientists tested various AI techniques for a remote satellite health monitoring system. This is capable of analysing data received from satellites to detect any problems, predict satellite health performance and present a visualisation for informed decision making.

One of the biggest space challenges of the 21st century is how to tackle space debris. According to ESA, there are nearly 34,000 objects bigger than 10cm which pose serious threats to existing space infrastructure. There are some innovative approaches to deal with the menace, such as designing satellites to re-enter Earth’s atmosphere if they are deployed within the low Earth orbit region making them disintegrate completely in a controlled way.

Another approach is to avoid any possible collisions in space, preventing the creation of any debris. In a recent study, researchers developed a method to design collision avoidance manoeuvres using machine-learning (ML) techniques.

Another novel approach is to use the enormous computing power available on Earth to train ML models, transmit those models to the spacecraft already in orbit or on their way, and use them on board for various decisions. One way to ensure safety of space flights has recently been proposed using already trained networks on board the spacecraft. This allows more flexibility in satellite design while keeping the danger of in orbit collision at a minimum.

On Earth, we are used to tools such as Google Maps which use GPS or other navigation systems. But there is no such a system for other extraterrestrial bodies, for now.

We do not have any navigation satellites around the Moon or Mars but we could use the millions of images we have from observation satellites such as the Lunar Reconnaissance Orbiter (LRO). In 2018, a team of researchers from NASA in collaboration with Intel developed an intelligent navigation system using AI to explore the planets. They trained the model on the millions of photographs available from various missions and created a virtual Moon map.

As we carry on to explore the universe, we will continue to plan ambitious missions to satisfy our inherent curiosity as well as to improve the human lives on Earth. In our endeavours, artificial intelligence will help us both on Earth and in space make this exploration possible.

This feature is originally appeared in WeForum.

Next 7 Ways Artificial Intelligence Could Restore Trust In Public Services 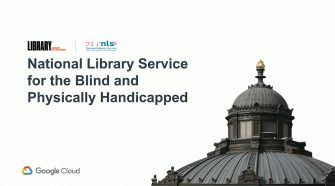