Stadler has set the record for travelling the longest route in battery-only mode with a regional train. Under difficult weather conditions for batteries, with wintry temperatures around freezing point and snow, the FLIRT Akku test carrier travelled exactly 224km in battery-only mode, as was reported in a press release.

Stadler set the record in the company of independent technical consultants on the journey from Berlin-Gesundbrunnen to Warnemünde without charging its batteries from an overhead contact line or other external energy source, as TÜV Nord confirmed.

Stadler with headquarters in Bussnang has been working on the model since 2016 as a local CO2-neutral mobility solution for the climate-friendly operation of partly or not electrified railway routes. The train can run as both a classic electric multiple unit under overhead contact cable or battery-operated on unelectrified so-called diesel routes.  In Germany alone, 528 of these vehicles are in operation. Stadler has reportedly also sold the Fast Light Intercity and Regional Train to 20 countries in virtually all climate zones.

“We designed and calculated the vehicle for an operational range of 80km, depending on the route requirements of the respective network. But on various journeys testing the technology, we were able to realize significantly greater ranges, so that we even dared to attempt the world record at wintry temperatures,” explains Evelyn Thiel, Technical Project Leader for the FLIRT Akku at Stadler.

Next How To Handle Imbalanced Data In Machine Learning Classification

Dynatask, A New Paradigm Of AI Benchmarking Is Now Available For The AI Community 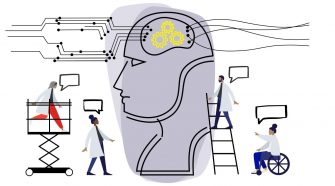