A research team from the Paul Scherrer Institute (PSI) is collaborating on the development of an approach supported by Microsoft that aims to create a new form of quantum bits. These are known as topological quantum bits, or qubits for short. They are said to be more resistant to information leakages than conventional qubits. “This would allow us to use just a few qubits to achieve a slim, functioning quantum computer”, explains study author Niels Schröter in a press release issued by PSI. Schröter worked at PSI until April 2021 when he then switched to the Max Planck Institute for Microstructure Physics located in the German city of Halle.

If suitable semiconductor and superconducting materials are chosen, special quasiparticles should then be formed. These could act as information carriers and therefore as quantum bits in a quantum computer. According to Gabriel Aeppli, Head of the Photon Science Division at PSI, recipes for generating these particles have been researched for some time, but “we still didn’t know which cooking pot would give us the best results for this recipe”, he explains.

They therefore developed a new measurement method at the Swiss Light Source (SLS) at PSI, which automatically filters the physically relevant result. In this way, the test results were easy to interpret. “Our advanced spectroscopic methods will certainly be instrumental in the quest for the quantum computing materials”, comments Vladimir Strocov, who worked on this novel computer model together with a team of researchers from North America. “PSI is currently taking big steps to expand quantum research and engineering in Switzerland, and SLS is an essential part of that”, he adds.

Next 2022: Think Differently About Artificial Intelligence and Deep Learning 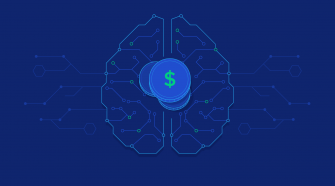