The lunar rover of the Swiss Federal Institute of Technology in Zurich (ETH) and the University of Zurich (UZH) is one of the winners in a competition by the European Space Agency and the European Space Resources Innovation Centre. The rovers will enable further exploration of the Moon.

The lunar rover created by ETH and UZH is one of five winners in the first phase of an international competition. The challenge was launched by the European Space Agency (ESA) and the European Space Resources Innovation Centre (ESRIC) with headquarters in Sassenheim, Luxembourg. The five winning teams receive €75 000 contracts each to move their rovers forward to the next phase of the contest. This will be set up by the ESRIC in Esch Belval at the start of September.

European and Canadian engineering teams from academia and industry were challenged to develop vehicles capable of prospecting resources known to lurk in these shadowy regions of the Moon. The terrestrial prospecting technologies needed to be adapted to the rigors of a dusty, vacuum environment and temperature extremes of the lunar surface. The aim is for these rovers to one day be deployed in the Moon’s shadowy polar regions.

The designs were put to the test in a realistic lunar analog environment inside a former aircraft hangar in the Netherlands. Lava rock was landscaped into a Moon-like environment, kept concealed from the design teams, so they would see it only through the cameras of their rovers. In fact, not all vehicles made it to the target crater. “But it’s fair to say that everyone learned a lot – including us,” said Massimo Sabbatini, overseeing the contest’s first phase for ESA, in a press release.

Alongside the Swiss team, other winners included Mission Control Space Services from Canada and the team from Warsaw’s Industrial Research Institute for Automation and Measurements PIAP. Also moving forward to the next phase of the contest are the FZI Forschungszentrum Informatik from Germany and an international consortium, which includes the University of Luxembourg. 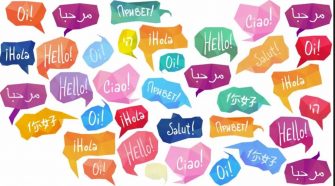