CSAIL researchers recently helped organize the first neurosymbolic programming summer school at the California Institute of Technology. From July 11 to 13, the program brought together students of different backgrounds who are interested in the field. Neurosymbolic programming models are techniques that build off of machine learning by utilizing a combination of human-like neural networks and program-like logical components.

“Neurosymbolic programming is a new area of computer science research that has the potential to have a great impact on how we find new scientific discoveries and conduct experiments,” Computer-Aided Programming Group research scientist Omar Costilla-Reyes said. “Our objective with the event was to gain momentum to move the research forward to achieve the project’s ambitious goals and present the impact it can have on science.”

Jacob Andreas, Assistant Professor at CSAIL, gave the first keynote of the action-packed summer school. Andreas’ work focuses on improving machine learning models by enhancing the ways software learns and processes language. He recently collaborated on MILAN, a system that automatically generates natural language descriptions of all the neurons in a network. Likewise, he discussed using natural language to guide both search and library learning during the event.

MIT professor and CSAIL associate director Armando Solar-Lezama gave a talk on the second day, where he discussed the evolution of program synthesis as a learning tool. He primarily studies computer programming, combining deep learning and symbolic reasoning to build new learning techniques. Solar-Lezama won the NSF Expeditions Grant for his exceptional computing work in 2020, which funded the summer school.

After successfully drawing in students to participate in the event, the team confirmed that they would organize a second summer school for next year. Their work will continue to center on problems in organic chemistry, RNA splicing, cognitive science, and computing systems.

Next Explained: How To Tell If Artificial Intelligence Is Working The Way We Want It To 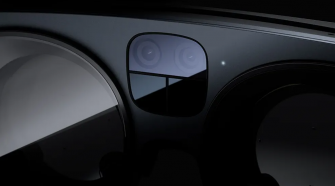