U.S. Army And Air Force Team Up For Multi-Domain Operations

“The F-35’s advanced sensors and connectivity enable it to gather, analyze and seamlessly share critical information with the joint fighting force to lead the multi-domain battlespace,” said Greg Ulmer, Lockheed Martin vice president and general manager of the F-35 program. “This test validated the F-35’s capability to serve as an airborne sensor and extend the range of critical Integrated Air and Missile Defense interceptors.”

“This test represents a major milestone for multi-domain operations by leveraging airborne assets to detect and track threats that can then be countered with ground-based effectors. This demonstrates a tremendous capability to defeat threats that are terrain masked or beyond ground-based sensor detection capabilities due to terrain and curvature of the earth,” said Jay Pitman, vice president, Lower Tier Integrated Air and Missile Defense at Lockheed Martin Missiles and Fire Control.

This test is the latest in a series of successful activities to demonstrate the F-35’s role as the keystone of the joint force. Lockheed Martin is evolving technologies that connect, share and learn to create a holistic network that provides unprecedented situational awareness across the battlespace and enables Multi-Domain Operations.

When Newsrooms Collaborate With AI 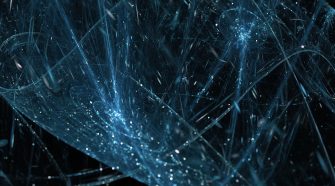