The superhighway of connected car systems is widening, and it’s yielding greater volume and velocity of information across intravehicle and intervehicle networks.

Security and privacy are intertwined, but they’re not identical. Security focuses on defending internal protocols, such as a car’s operating systems and network components. Privacy focuses on protecting consumers’ personal data as it leaves the vehicle.

However, solving for security or privacy isn’t a binary choice. Companies must incorporate both to ensure automotive safety and attract new buyers.

According to the IBM Institute for Business Value, 56 percent of executives think that automotive privacy and security will drive purchasing decisions. Customers have already made that leap; 62 percent said they would consider one brand over another if it had better security and privacy, according to a recent IBV consumer study.

Concerns around breaches are increasing. Some consumer advocacy groups are pushing for kill switches in connected cars to mitigate the damage a connected car could do if overridden by a bad actor, but, as Vice reports, vulnerabilities in two GPS tracking apps enabled a hacker to remotely cut engines at low speed and potentially cause huge traffic jams.

Consumers, meanwhile, are still willing to share their location, application and usage data in exchange for value-added features. But if pushed by breaches or lack of control, drivers and passengers will pull back data access.

The rapid uptake of connected vehicle technologies has prompted manufacturers to improve automotive data privacy controls, but rigor remains lacking. According to a Ponemon study sponsored by Synopsys, 63 percent of auto manufacturers say they test less than half their hardware. Meanwhile, even though automakers have employees charged with handling cybersecurity, the report found that just 10 percent have dedicated, multiperson cybersecurity teams. To bridge the gap between functionality and security, manufacturers must work with multiple software developers, vendors and suppliers.

But that bridged process weakens security. Consumers are willing to give vehicle hardware a pass for common wear and tear — air filters must be replaced, tires checked and engine oil changed — they almost immediately stop using software that doesn’t meet their expectations. Unlike physical components, even occasional software hiccups can dim consumer confidence and drive negative PR.

The Code is the Car

Code is no longer the underlying infrastructure of existing vehicles, nor is it a potential pathway to autonomous automobiles. Instead, the code is the car. To embrace this shift and improve privacy and security in automotive development, manufacturers must: 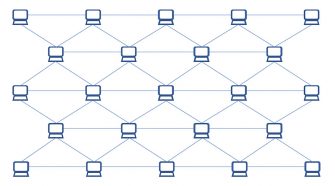