Researchers at the Swiss Federal Institute of Technology in Zurich (ETH) have developed a new hot-​wire cutting robot, RoboCut. It is able to carve complex shapes from a block in significantly fewer cuts than previous systems, as was reported in a press release. To achieve this, ETH researchers have integrated all aspects of the optimization calculations into an algorithm. The robot cuts with electrically heatable wire that bends flexibly as it works.

In a joint project with the Swiss Federal Institute of Technology in Lausanne (EPFL), a large-​scale version of the hot-​wire cutting robot will be developed for use in architecture and cutting the polystyrene molds with which the various bricks are cast in concrete. This would enable a more varied design of façades. It also allows systematic building blocks for building structures free of mortar and fastening technologies to be developed. The elements themselves must hold together in a stable manner.

The method developed by the researchers is not just limited to hot-​wire cutting. The design of tool paths for other cutting and milling technologies could also benefit from it in the future. Electrical discharge machining with wires is mentioned as a specific application. This technology enables high-​precision cutting of electrically conductive materials via spark ablation.

The researchers tested their technology by attaching it to a two-​armed Yumi robot from ABB. A video shows how the robot creates the figure of a sitting rabbit from a polystyrene block through just ten cuts. 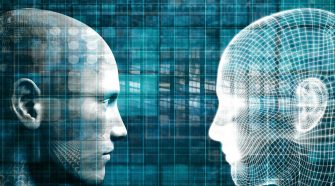