When Newsrooms Collaborate With AI

Two years ago, the Google News Initiative partnered with the London School of Economics and Political Science to launch JournalismAI, a global effort to foster media literacy in newsrooms through research, training and experimentation.

Since then, more than 62 thousand journalists have taken Introduction to Machine Learning, an online course provided in 17 languages in partnership with Belgian broadcaster VRT. More than 4,000 people have downloaded the JournalismAI report, which argued that “robots are not going to take over journalism” and that media organizations are keen to collaborate with one another and with technology companies. And over 20 media organizations including La Nación, Reuters, the South China Morning Post and The Washington Post have joined Collab, a global partnership to experiment with AI.

To mark this anniversary, together with the London School of Economics, we are hosting a week-long online event to bring together international academics, publishers and practitioners. From December 7 through December 11, the JournalismAI Festival will feature speakers and case studies from major global organizations including the Associated Press, the Wall Street Journal, The Guardian, Der Spiegel, Schibsted and Nikkei.

This unique gathering will be an opportunity to hear the Collab teams present findings around key challenges such as using AI to understand, identify and mitigate newsroom biases, and increase audience loyalty.

To offer journalists a more hands-on approach to machine learning, JournalismAI is simultaneously launching a new training course with Ukrainian data journalism agency Texty. This resource, available on the GNI Training Center in 16 languages, will help journalists learn how to train an algorithm to identify similar patterns in satellite imagery using Google Cloud AutoML Vision. In 2018, Texty published Leprosy of the Land, an investigation in which they used machine learning techniques to detect cases of illegal amber mining across Ukraine.

In our training course, we’ll be helping reporters build a similar model that Texty used for their investigation. The dedicated GNI Live training sessions will take place over the week in multiple countries and in six languages.

You can join by signing up for the JournalismAI newsletter. You will receive updates and free access to the festival.

Previous Researchers Can Use qsim To Explore Quantum Algorithms

Using AI To Study 12 Years Of Representation In TV

How Google Is Using AI To Help Address The Climate Crisis

Fluid: An Important Piece For Big Data And AI To Embrace Cloud Native 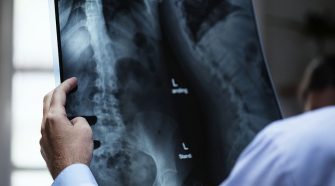