Wall Street, venture capitalists, technology executives, data scientists — all have important reasons to understand the growth and opportunity in the artificial intelligence market to access business growth and opportunities. This gives them insights on funds invested in AI and analytics as well potential revenue growth and turnover. Indeed, the growth of AI, continuing research, development of easier open source libraries and applications in small to large scale industries are sure to revolutionize the industry the next two decades and the impact is getting felt in almost all the countries worldwide.

To dive deep into the growth of AI and future trends, an insight into the type and size of the market is essential along with (a) AI-related industry market research forecasts and (b) data from reputable research sources for insight into AI valuation and forecasting.

The blog is structured as follows :

Impact of AI is so widespread, touching and vivid that:

Google co-founder Larry Page states that “Artificial intelligence would be the ultimate version of Google. The ultimate search engine is capable of understanding everything on the web. It will become so much AI driven that in near future ,it would understand exactly what you wanted and it would give you the right thing. We’re nowhere near doing that now. However, we can get incrementally closer to that, and that is basically what we’re working on”.

On comparing different industry-sectors we see from the figure above:

In high-tech industries like Telecom and media has already adopted AI relatively rapidly and looking for transformations in all possible avenues. They are then followed by Consumer, Financial Services and Professional Services.

Healthcare and Industrial Sector are adopting AI slowly. Energy and Public Sector are the slowest adaptors to this transition.

Further, the economic impact in the telecom and high-tech sector could be more than double that of healthcare in 2030. If the national average of macroeconomic impact is 100, healthcare might experience 40 percent lower impact (i.e. 60). The fast and rapid adopters like the telecom and high-tech sector are highly influenced by AI and could experience 40 percent higher impact (i.e. 140) than the national average.

Several internal and external factors specific to a country or a state, have been known to affect AI-driven productivity growth, including labor automation, innovation, and new competition. In addition, certain micro factors, such as the pace of adoption of AI, and macro factors such as a country’s global connectedness and labor-market structure also plays a certain factor to the size of the impact.

The end result is to grow the AI value chain and boost the ICT sector, making an important economic contribution to an economy.

Augmentation: Relates to increased use of productive AI-driven labor and capital.

Substitution: AI-driven technologies offer better results in the field like automation, where it has been found to be more cost-effective. It has also discovered ways and means to substitute other factors of production. Advanced economies could gain about 10 to 15 percent of the impact from labor substitution, compared with an impact of 5 to 10 percent in developing economies.

Product and service innovation and extension: Motivation for investment in AI beyond labor substitution can produce additional economic output by expanding firms’ portfolios, increasing channels for products and services (for e.g. AI-based recommendations), developing new business models, or combination of the three.

Externality channels: It serves as one of the external channels where the application of AI tools and techniques can contribute to economic global flows (for e.g. chatbots, news aggregation engines). Such flow happens inter-country (states and geographical boundaries) and even between countries that facilitate more efficient cross-border commerce. It is found that countries that are more connected and participate more in global flows would clearly benefit more from AI. Further AI could boost supply chain efficiency, reduce complexities associated with global contracts, classification, and trade compliance.

Wealth creation and reinvestment: AI is contributing to higher productivity of economies, efficiency gains. Further innovations result in an increase in wages for workers, entrepreneurs, and firms in the form of profits, higher consumption, and more productive investment.

Transition and implementation costs: Several costs incurred while executing the transition to AI like organization restructuring costs, adoption to new solutions, integration costs, and associated project and consulting fees are known to affect the transition in a negative way. Businesses should do a trade-off between cost and benefit analysis and correctly strategize their roadmap.

The following figure illustrates the detailed overall economic impact sustained due to the wider adoption of AI techniques and strategies by businesses.

AI-driven businesses have led to a positive impact on the growth of revenue over consecutive years. More so, the statements made by renowned founders, CEOs, entrepreneurs and visionary leaders is evident from the figure below as it shows the impact of AI on global GDP, the maximum being obtained from venture-backed startups.

“Tractica forecasts that the revenue generated from the direct and indirect application of AI software is estimated to grow from $643.7 million in 2016 to $36.8 billion by 2025. This represents a significant growth curve for the 9-year period with a compound annual growth rate (CAGR) of 56.8%.”

Tractica has taken a conservative adoption of AI in the hedge fund and investment community, with an assumption that roughly 50% of the hedge fund assets traded by 2025 will be AI-driven. Under this estimate, the algorithmic trading use case remains the top use case among the 191 use cases identified by Tractica.

Further as per reports from Tractica, the market for enterprise AI systems will increase from $202.5 million in 2015 to $11.1 billion by 2024, as depicted in the following figure.

The growth forecasts over the next decade clearly show China’s dominance over the AI market yielding a significant increase in GDP, followed by USA, Nothern Europe, and other nations.

In China, AI is projected to give the economy a 26% boost over the next 13 years, measuring an equivalent of an extra $7 trillion in GDP, helping China to rise to the top. As North America’s companies are widely using AI, the adaptation is at an accelerating phase that it can expect a 14.5% increase in GDP, worth $3.7 trillion.

As the GDP growth varies across continents and nations, the level of AI absorption also varies significantly between the country groups with the most and the least absorption. The below figure demonstrates statistics of economies with higher readiness to benefit from AI. Such countries achieve absorption levels about 11 percentage points higher than those of slow adopters by 2023, and this gap looks set to widen to about 23 percentage points by 2030. This further gives an indication of the digital divide created from AI, between advanced and developing economies.

AI is internationally recognized as the main driver of future growth and productivity, innovation, competitiveness and job creation for the 21st century. However, there remain certain technical challenges, that need to be overcome to take it to the next step. The key challenges include:

Apart from the common technical challenges, risks, and barriers faced by organisations implementing AI are evident.

It is now the responsibility of policymakers and business leaders to take measurable actions to address the challenges, support researchers, data scientists, business analysts, and all included in the AI ecosystem to drive the economy with huge momentum.

“Success in creating AI would be the biggest event in human history. Unfortunately, it might also be the last, unless we learn how to avoid the risks.”

Previous Want To Build Your Own Smarter Version Of Siri? 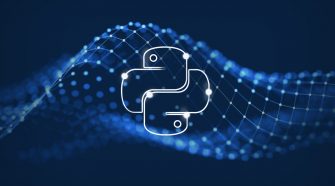