Artificial neural networks were created to imitate processes in our brains, and in many respects – such as performing the quick, complex calculations necessary to win strategic games such as chess and Go – they’ve already surpassed us. But if you’ve ever clicked through a CAPTCHA test online to prove you’re human, you know that our visual cortex still reigns supreme over its artificial imitators (for now, at least). So if schooling world chess champions has become a breeze, what’s so hard about, say, positively identifying a handwritten ‘9’? This explainer from the US YouTuber Grant Sanderson, who creates maths videos under the moniker 3Blue1Brown, works from a program designed to identify handwritten variations of each of the 10 Arabic numerals (0-9) to detail the basics of how artificial neural networks operate. It’s a handy crash-course – and one that will almost certainly make you appreciate the extraordinary amount of work your brain does to accomplish what might seem like simple tasks.

Next Algorithms Are Opinions, Not Truth Machines, And Demand The Application Of Ethics 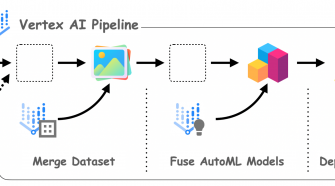