We, as humans, have the tendency to anthropomorphize objects around us. That is to say we attribute human characteristics, such as emotions or even intent to non-human things. To do so is literally within our psychological nature. However, it is one thing where a home vacuum, like a Roomba, can be seen as an endearing pet. It is a completely different scenario to give an AI a pronoun (Project Debater is referred to as a “she”) and proceed to debate with it as if it were another human with actual stake in the issues being argued about. However, that is the exact situation we bore witness to at IBM’s Think 2019 conference held last February 2019 in San Francisco as IBM’s Project Debater went against world champion (human) debater, Harish Natarajan to discuss the topic of “Should we subsidize preschools?”.

As I sat in the audience, listening to each participants’ arguments unfold, I had no idea if I should amazed or afraid. In truth, I was perhaps more afraid than amazed — and this is coming from someone who avidly wrote her dissertation and subsequent policy proposals advocating for the promotion of AI in society. What if Project Debater was so good at debating (not unlike the AI that was able to beat the world champion chess player – also coincidentally developed by IBM), and ended up setting a precedent for humanity to follow AIs’ reasoning without question?

Such fears aren’t unfounded. Just a couple of days after the debate on Monday evening, OpenAI revealed they had developed a text generation AI that could write convincing walls of text with just a click of a button. It wasn’t like the comedic machine learning attempts of AIs of the past. No, this AI could create eloquently written passages that perhaps would put some of the best journalists to shame, and it didn’t even need any machine learning input. In a climate where human journalists are getting mercilessly laid off, an AI that could do their job with a simple point and click seemed to put the final nail in the coffin. But it was the developers themselves who decided against releasing the AI to the public despite its obvious potential for success. Why? Because it was too dangerous.

Despite my fears, I continued to listen to the debaters argue for their cases, with Project Debater in favour of subsidizing preschools, and Natarajan against. The longer I listened, the more it seems we were all drifting into an uncanny valley. While appealing to the emotions generally tends to be a weak tactic in debates, there was something surreal about an AI making an argument based on fundamental human ethics and morals. As Project Debater so monotonically put it, “Giving opportunities to the less fortunate is a moral obligation of every human being,” and “It’s basic human decency [to provide welfare].”

Project Debater had a point, but as an AI herself, coming from her the point felt moot. That nevertheless didn’t take away from the amazing fact that we were all listening to an AI coherently make those exact statements. It was then I realized the purpose of this debate (ironically) wasn’t necessarily to convince anyone of either side, but to highlight how far we have come when it comes to AIs’ capability — and we can go even farther.

Ultimately, this debate was showing not only that anyone — or anything, for that matter — was able to arrange facts into a logical argument, as evidenced by both Natarajan and Project Debater, but also showing us innovative ways of going about debating as a practice. Instead of simply making a point, Project Debater had set out to educate the audience about preschool subsidies in general. While the AI lost the debate, she was voted as having informed the audience best about the subject. Perhaps winning debates competitions won’t be AI’s main focus in the future, but it goes to show that there are certainly other avenues ripe for exploration.

Now with support coming from both the private sector and governments around the world, there is just no telling how far we can go with developing this technology. On the same day as this debate, President Trump signed an Executive Order to start an AI Initiative in the United States and to take steps to ensure “American leadership” over the fledgling field. And in just the week prior to signing the Executive Order, Trump also made it a point in his State of the Union address on how pivotal technological developments were to advancing our society, stating that “investments in the cutting edge industries of the future” would act as the catalysts we have always needed and finally have the capability to provide. It is not unheard of to have both private and public entities’ interests align, but to have those interests align in benefit of societal good assures me for the time-being that we’re headed in the right direction and that I can set aside my fears at least for now.

This article originally appeared in Impakter.

Next Who Is Investing In AI? 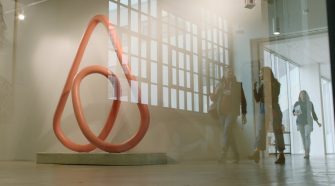