Intelligence is a very difficult concept and, until recently, no one has succeeded in giving it a satisfactory formal definition.

Most researchers have given up grappling with the notion of intelligence in full generality, and instead focus on related but more limited concepts – but I argue that mathematically defining intelligence is not only possible, but crucial to understanding and developing super-intelligent machines.

From this, my research group has even successfully developed software that can learn to play Pac-Man from scratch.

Let me explain – but first, we need to define “intelligence”.

So what is intelligence?

I have worked on the question of general rational intelligence for many years. My group has sifted through the psychology, philosophy and artificial intelligence literature and searched for definitions individual researchers and groups came up with.

The characterisations are very diverse, but there seems to be a recurrent theme which we have aggregated and distilled into the following definition:

Intelligence is an agent’s ability to achieve goals or succeed in a wide range of environments.

You may be surprised or sceptical and ask how this, or any other single sentence, can capture the complexity of intelligence. There are two answers to this question:

This is what I have been working on in the past 15 years. In the words of American mathematician Clifford A. Truesdell:

Indeed, I actually first developed the equations and later we converted them into English.

This scientific field is called universal artificial intelligence, with AIXI being the resulting super-intelligent agent.

The following equation formalises the informal definition of intelligence, namely an agent’s ability to succeed or achieve goals in a wide range of environments:

Explaining every single part of the equation would constitute a whole other article (or book!), but the intuition behind it is as follows: AIXI has a planning component and a learning component.

Imagine a robot walking around in the environment. Initially it has little or no knowledge about the world, but acquires information from the world from its sensors and constructs an approximate model of how the world works.

It does that using very powerful general theories on how to learn a model from data from arbitrarily complex situations. This theory is rooted in algorithmic information theory, where the basic idea is to search for the simplest model which describes your data.

The model is not perfect but is continuously updated. New observations allow AIXI to improve its world model, which over time gets better and better. This is the learning component.

AIXI now uses this model for approximately predicting the future and bases its decisions on these tentative forecasts. AIXI contemplates possible future behaviour: “If I do this action, followed by that action, etc, this or that will (un)likely happen, which could be good or bad. And if I do this other action sequence, it may be better or worse.”

The “only” thing AIXI has to do is to take from among the contemplated future action sequences the best according to the learnt model, where “good/bad/best” refers to the goal-seeking or succeeding part of the definition: AIXI gets occasional rewards, which could come from a (human) teacher, be built in (such as high/low battery level is good/bad, finding water on Mars is good, tumbling over is bad) or from universal goals such as seeking new knowledge.

The goal of AIXI is to maximise its reward over its lifetime – that’s the planning part.

In summary, every interaction cycle consists of observation, learning, prediction, planning, decision, action and reward, followed by the next cycle.

The above equation rigorously and uniquely defines a super-intelligent agent that learns to act optimally in arbitrary unknown environments. One can prove amazing properties of this agent – in fact, one can prove that in a certain sense AIXI is the most intelligent system possible.

Note that this is a rather coarse translation and aggregation of the mathematical theorems into words, but that is the essence.

Since AIXI is incomputable, it has to be approximated in practice. In recent years, we have developed various approximations, ranging from provably optimal to practically feasible algorithms.

At the moment we are at a toy stage: the approximation can learn to play Pac-Man, TicTacToe, Kuhn Poker and some other games.

The point is not that AIXI is able to play these games (they are not hard) – the remarkable fact is that a single agent can learn autonomously this wide variety of environments.

AIXI is given no prior knowledge about these games; it is not even told the rules of the games!

It starts as a blank canvas, and just by interacting with these environments, it figures out what is going on and learns how to behave well. This is the really impressive feature of AIXI and its main difference to most other projects.

Even though IBM Deep Blue plays better chess than human Grand Masters, it was specifically designed to do so and cannot play Jeopardy. Conversely, IBM Watson beats humans in Jeopardy but cannot play chess – not even TicTacToe or Pac-Man.

AIXI is not tailored to any particular application. If you interface it with any problem, it will learn to act well and indeed optimally.

Neither component has any particular built-in domain knowledge (such as the Pac-Man board or TicTacToe rules).

Of course you have to interface AIXI with the game so that it can observe the board or screen and act on it, and you have to reward it for winning TicTacToe or eating a food pellet in Pac-Man … but everything else AIXI figures out by itself.

Next How To Install NumPy 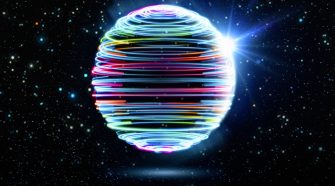