What Is It To Be Bayesian? The (Pretty Simple) Math Modelling Behind A Big Data Buzzword

If you’ve ever tripped up over the term ‘Bayesian’ while reading up on data or tech, fear not. Strip away the jargon and notation, and even the mathematics-averse can make sense of the simple yet revolutionary concept at the core of both machine learning and behavioural economics. As this video from the YouTube channel 3Blue1Brown skilfully explains, at its most basic, Bayes’s theorem is a tool for assessing degrees of probability based on prior conditions. And there are ways to make it altogether more intuitive than the statistical formulas might suggest. Although the theorem dates back to its 18th-century namesake, the English statistician and philosopher Thomas Bayes, it has gained increasing relevance in the Big Data revolution.

This feature is republished from Aeon.

Previous The Autonomous Killing Systems Of The Future Are Already Here, They’re Just Not Necessarily Weapons – Yet

One Giant Leap For The Mini Cheetah 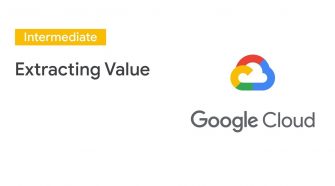