The partnership will involve a technical integration of Darktrace’s cyber artificial intelligence across the McLaren Group, as well as across McLaren Racing to protect the Formula 1 team against cyber-attacks.

McLaren Racing was founded by New Zealand racing driver Bruce McLaren in 1963. Today, technology and innovation is at the heart of everything McLaren does, allowing the team to compete at their best in one of the most technologically advanced sports in the world.

McLaren Racing competes in the 2020 FIA Formula 1 World Championship with Carlos Sainz and Lando Norris, and the IndyCar Series in North America with Oliver Askew and Pato O’Ward.

Darktrace’s Cyber AI technology will empower McLaren to gain complete visibility across its entire digital infrastructure — from IoT sensors on each Formula 1 car to the cloud-based software that fuels their operations — and identify threats as they emerge. With strategists and engineers making critical split-second decisions, time is of the essence for McLaren. As such, they will be using Darktrace’s ‘machine fights back’ innovation — a Cyber AI technology that can automatically block cyber-attacks at a speed and scale beyond human capabilities.

As part of the partnership, the Darktrace brand will be represented on the rear wing of the McLaren MCL35 race car and on the race suits of the team’s race drivers, Carlos Sainz and Lando Norris.

Zak Brown, Chief Executive Officer at McLaren Racing said, “We’re proud to welcome Darktrace for the first time into the fast-moving world of Formula 1 and to the McLaren Racing partner family. Data is the lifeblood of our racing strategy and so strong cyber resilience is key to our success on the tracks. We look forward to starting our partnership together this season as Darktrace’s Cyber AI will, for the first time, allow our infrastructure to be self-defending.”

“We are excited to be partnering with McLaren, a company with innovation at its core,” commented Poppy Gustafsson, CEO, Darktrace. “Cyber-attacks that seek to cause disruption to global events, as well as attacks that subtly steal coveted IP, are on the rise. We are proud that our technology is being trusted to automatically protect the McLaren team, enabling them to race to the finish line in the knowledge that their systems are secured by world-leading Cyber AI.”

How To Install TensorFlow 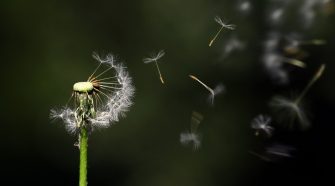