Compared to the 2002 SARS outbreak about two decades ago and the on-going COVID-19 outbreak today, China is equipped with more powerful technologies that are aiding them in suppressing the spread — Artificial Intelligence (AI) and Big Data analytics. How do they help exactly?

According to Al Jazeera, the Chinese surveillance system is currently the most sophisticated and expansive surveillance infrastructure in the world.

First, there are about 200 million security cameras that are installed across the country. In conjunction, there is also a real-name system that requires people to use government IDs to do various kinds of transactions and purchases including buying mobile sims or groceries, creating a social media account, or travelling through planes as well as trains.

In normal circumstances, this combination was able to detect track criminal suspects or even offenders of minor crimes such as jaywalking.

There are strong oppositions regarding the extreme surveillance policy in China. A lot have great concerns over excessive data collection which will invade the privacy of citizens.

However, there is now a compelling circumstance which provides the Chinese government a perfect excuse to implement strong surveillance policies: the COVID-19 outbreak.

Apart from cameras, robots are also being deployed in the streets and in hospitals. These equipment are fitted with AI-powered temperature detection or facial recognition systems that allow them to pinpoint which people have fever or are not wearing masks. This way, the government can advise these people to take the appropriate response.

In conjunction with the real-name system, the Chinese government can do more than just isolate potentially infected citizens. They can even track which ones have been in contact with those who are already known to be infected with the coronavirus by checking their travel histories and even seat numbers.

Those who are known to have been in contact with infected citizens are advised to quarantine themselves in order to now spread the disease further.

Robot assistants are also used as a contactless means to deliver medical goods on hospital floors. They are also used to remind the public of hand-washing and the mandatory wearing of masks. They are used to conduct disinfection operations as well. Moreover, lung-scanning AI software is used for the early detection of pneumonia, which is one of the symptoms of those infected by the coronavirus.

While traditional methods of combating disease outbreaks may very well be executed and most likely the outbreak will be suppressed anyway, the use of AI and Big Data is undeniably a more structured and efficient method.

However, the extreme levels of surveillance is something that should be addressed in order to prevent data privacy violations.

“Collecting personal data to control the outbreak should respect ‘minimalism rule’ and avoid excessive collecting. It’s incredibly important to make sure no information is leaked and all collected data should be deleted after use,” according to Beijing-based lawyer Qui Baochang who focuses on privacy law.

Next Showing Robots How To Do Your Chores

Is Subjective Beauty Something We Can Model With AI? 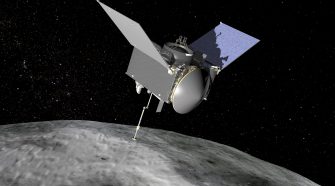