The upcoming US presidential election seems set to be something of a mess—to put it lightly. Covid-19 will likely deter millions from voting in person, and mail-in voting isn’t shaping up to be much more promising. This all comes at a time when political tensions are running higher than they have in decades, issues that shouldn’t be political (like mask-wearing) have become highly politicized, and Americans are dramatically divided along party lines.

So the last thing we need right now is yet another wrench in the spokes of democracy, in the form of disinformation; we all saw how that played out in 2016, and it wasn’t pretty. For the record, disinformation purposely misleads people, while misinformation is simply inaccurate, but without malicious intent. While there’s not a ton tech can do to make people feel safe at crowded polling stations or up the Postal Service’s budget, tech can help with disinformation, and Microsoft is trying to do so.

The first is Microsoft Video Authenticator, which is made to detect deepfakes. In case you’re not familiar with this wicked byproduct of AI progress, “deepfakes” refers to audio or visual files made using artificial intelligence that can manipulate peoples’ voices or likenesses to make it look like they said things they didn’t. Editing a video to string together words and form a sentence someone didn’t say doesn’t count as a deepfake; though there’s manipulation involved, you don’t need a neural network and you’re not generating any original content or footage.

The Authenticator analyzes videos or images and tells users the percentage chance that they’ve been artificially manipulated. For videos, the tool can even analyze individual frames in real time.

Deepfake videos are made by feeding hundreds of hours of video of someone into a neural network, “teaching” the network the minutiae of the person’s voice, pronunciation, mannerisms, gestures, etc. It’s like when you do an imitation of your annoying coworker from accounting, complete with mimicking the way he makes every sentence sound like a question and his eyes widen when he talks about complex spreadsheets. You’ve spent hours—no, months—in his presence and have his personality quirks down pat. An AI algorithm that produces deepfakes needs to learn those same quirks, and more, about whoever the creator’s target is.

Given enough real information and examples, the algorithm can then generate its own fake footage, with deepfake creators using computer graphics and manually tweaking the output to make it as realistic as possible.

The scariest part? To make a deepfake, you don’t need a fancy computer or even a ton of knowledge about software. There are open-source programs people can access for free online, and as far as finding video footage of famous people—well, we’ve got YouTube to thank for how easy that is.

Microsoft’s Video Authenticator can detect the blending boundary of a deepfake and subtle fading or greyscale elements that the human eye may not be able to see.

In the blog post, Burt and Horvitz point out that as time goes by, deepfakes are only going to get better and become harder to detect; after all, they’re generated by neural networks that are continuously learning from and improving themselves.

Microsoft’s counter-tactic is to come in from the opposite angle, that is, being able to confirm beyond doubt that a video, image, or piece of news is real (I mean, can McDonald’s fries cure baldness? Did a seal slap a kayaker in the face with an octopus? Never has it been so imperative that the world know the truth).

A tool built into Microsoft Azure, the company’s cloud computing service, lets content producers add digital hashes and certificates to their content, and a reader (which can be used as a browser extension) checks the certificates and matches the hashes to indicate the content is authentic.

Finally, Microsoft also launched an interactive “Spot the Deepfake” quiz it developed in collaboration with the University of Washington’s Center for an Informed Public, deepfake detection company Sensity, and USA Today. The quiz is intended to help people “learn about synthetic media, develop critical media literacy skills, and gain awareness of the impact of synthetic media on democracy.”

The impact Microsoft’s new tools will have remains to be seen—but hey, we’re glad they’re trying. And they’re not alone; Facebook, Twitter, and YouTube have all taken steps to ban and remove deepfakes from their sites. The AI Foundation’s Reality Defender uses synthetic media detection algorithms to identify fake content. There’s even a coalition of big tech companies teaming up to try to fight election interference.

One thing is for sure: between a global pandemic, widespread protests and riots, mass unemployment, a hobbled economy, and the disinformation that’s remained rife through it all, we’re going to need all the help we can get to make it through not just the election, but the rest of the conga-line-of-catastrophes year that is 2020. 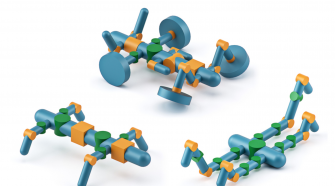