Darktrace was the first to use machine learning to analyze normal patterns of work, adapt on the job, and autonomously respond when changes in employees’ behaviors introduce security risks. With flexible work, Darktrace Immune System Version 5 extends protection against insider threat, data leaks, and advanced cyber-attacks beyond office walls, with lightweight client sensors and one-click integrations to provide a holistic view.

As the C-suite balances managing employee productivity with cyber security, organizations are also accelerating digital transformation investments to support cloud-based business and customer engagement models. Darktrace Immune System Version 5 delivers security both from the cloud and for the cloud, including new Autonomous Response for SaaS applications like Microsoft 365.

Digital transformation also encompasses more automation, integration, and artificial intelligence to streamline processes, extend existing investments and augment human teams. One of the most significant advancements in these areas is Darktrace Cyber AI Analyst, which mimics world-class threat analysts to prioritize, investigate and report on top threats. Investigations can now be kicked off by threats identified by people, for example the HR department, or from third-party security tools. Incidents can now also be fed into SIEMs, SOAR, or ticketing systems.

The company has over 1,300 employees, 44 offices and headquarters in San Francisco and Cambridge, UK. Every 3 seconds, Darktrace AI fights back against a cyber-threat, preventing it from causing damage.

Next Walmart Is Piloting Drone Delivery In North Carolina 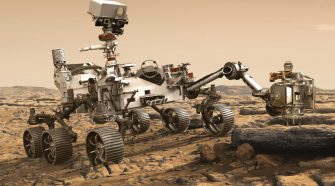