Annual report measures how fast the digital transformation is going in 63 countries and scores each one on knowledge, tech, and future readiness.

The US held onto its top spot in a global ranking of digital competitiveness thanks to access to capital and an emphasis on robotics. Singapore also stayed in the No. 2 spot on the IMD World Digital Competitiveness Ranking (WDCR) for 2020. The country earned more No. 1 rankings than the US in the rankings on individual criteria. The WDCR measures the capacity and readiness of 63 economies to adopt digital technologies for economic and social transformation. This year’s Top 10 list looks very similar to last year’s:

Researchers identified these trends in each country in the top 10 list: efficient use of digital talent, a reflection of having the technological infrastructure in place and using the technology available. Researchers believe that the fate of economies today can be predicted by how they manage digital transformation and that COVID-19 was a litmus test for the world.

Economist Mariana Mazzucato, director of the Institute for Innovation and Public Purpose at University College, London, said in a press release that digitalization is no longer an option but a necessity.

“Setting bold national targets—including digitalizing public services—creates a dynamic process by which the private sector can scale up through servicing bold procurement programs,” she said. “Europe’s recovery will depend on it.”

America’s emphasis on education and research and development pushed the country to the top of the list this year. The US has also seen an increase in e-participation from citizens this year. Singapore’s ranking is due to the talent and regulatory framework ranking indicators. Sweden and Denmark stand out for high scores in knowledge building which covers making economies productive and efficient for citizens.

The Republic of Korea, Denmark, and the U.S. are strongest with individual adaptive attitudes, while Taiwan-China, the US, the Republic of Korea, and China did best with business agility. North America is a leading region for robotics education with Singapore in a close second.

Australia is in the No. 15 spot with technology scoring highest among the three criteria. This country’s top strengths include investment in telecommunications, mobile broadband subscribers, and tablet ownership. Weaknesses include agility of companies and high-tech patent grants.

The report includes a detailed report on each country that includes scores from the last four reports, scores on the factors and subfactors, and strengths and weaknesses.

The Institute for Management Development evaluated countries on three criteria:

The US dropped from a ranking of 3 to 10 on the competitiveness criteria. Also, the Technology ranking dropped from 5 in the 2019 report to 7 in the 2020 version. The US ranking on regulatory framework has dropped steadily over the years since scoring a 12 in 2016 and a 22 in 2020.

Singapore scored first in the both regulatory framework and technological framework but 11 in capital, where the US held the No. 1 ranking.

The report found that Eastern Asia, Western Europe and North America are the most progressive regions in terms of digital capabilities. Latin America, Central Asia, and Eastern Europe have the most work to do to catch up.

The data that informs the rankings comes from research done in 2019 and a survey that was conducted after the pandemic started in 2020. The survey did not include questions about COVID-19 but the analysts considered the role technology played in how countries responded to the crisis.

The IMD works with partner institutes around the world to produce the report.

Previous Want A Job In AI? Look In California, Virginia, And Washington State

Next Global Study: 82% of People Believe Robots Can Support Their Mental Health Better Than Humans 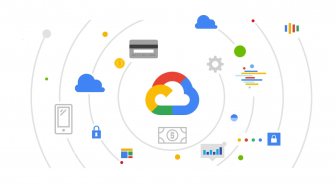