As many as 5.5 million Americans are estimated to have Alzheimer’s disease. Recent studies suggest it may be the third leading cause of death in the U.S. behind heart disease and cancer, according to U.S. Health and Human Services: National Institute on Aging.

A team of researchers from IBM and Pfizer have designed an AI model that uses small samples of language data (obtained from clinical verbal cognitive tests) to help predict with 71 percent accuracy the eventual onset of Alzheimer’s disease within healthy people. [1] The research, published today in The Lancet eClinicalMedicine, advances the quest to predict Alzheimer’s in several major ways.

Using a short, non-invasive language sample from a standard verbal cognitive test given to a patient, the new AI model produces valuable predictive feedback significantly better than clinical-scale predictions (59 percent) based on other available biomedical data.

Here are 5 things to know about IBM’s AI research to predict a patient’s chances of developing Alzheimer’s:

IBM Research’s study is one of the first major studies to use AI to predict outcomes in healthy individuals with no other risk factors.

​The vast majority of other Alzheimer’s prediction research has focused on individuals already starting to show signs of cognitive decline, or those with risk factors such as family history or genetics.

IBM’s work also focuses on using AI to assess the risk of Alzheimer’s disease in the general population.

That’s in contrast to research that focuses solely on high-risk groups or those with a genetic history or predisposition to the disease. Alzheimer’s disease can affect a wide spectrum of individuals—including those with no family history of the disease or other risk factors— making this broader study critical.

Because of the nature of this data, researchers were able to verify their model’s predictions against actual outcomes. For example, if the AI model analyzed a speech sample from a participant at the age of 65 and predicted they would develop by the age of 85, researchers could then check records to determine whether a diagnosis had actually occurred.
One of IBM’s goals is to be able to train the model using expanded datasets.

That would include data that might become newly available to the healthcare research community and reflect wider geographical, socioeconomical and racial diversity of data. As a result, IBM researchers’ algorithms could serve as a potential clinical asset for health professionals when gauging a holistic view of an individual’s health and risk factors.

This work is part of a larger platform IBM Research is building to better understand neurological health and chronic illnesses through biomarkers and signals in speech and language.

The Alzheimer’s research will be a significant pillar in this platform and progress this work, which is now moving into prospective studies. IBM Research recently announced a related initiative with the National Institutes of Health to analyze speech to uncover risk factors for schizophrenia and psychosis.

IBM Research continues to explore ways AI can be applied to predicting a person’s risk for Alzheimer’s disease, which so far has no effective cure or prevention.

[1] To use a measurement commonly used in clinical studies, the researchers achieved an accuracy of 0.74 AUC (area under the curve), which is a measure of the ability of a classifier to distinguish between classes. 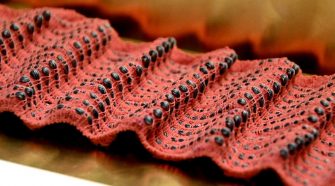