AI researchers sometimes refer to machine learning technology as “brittle.” By this, they mean that artificial intelligence lacks a human’s understanding of real world complexities, with the end result being that AI systems sometimes break in quick and unexpected ways.

For a more practical illustration of what “brittleness” means, though, simply consider the case of the AI camera operator deployed by Scottish soccer team Inverness Caledonian Thistle FC. When the pandemic stopped fans attending matches, the club announced it would live stream its games, using an automatic camera system with “in-built, AI, ball-tracking technology” to make sure people always get the best view of the action.

But, during a recent live stream of matches, the AI camera operator repeatedly (and to great effect) confused a linesman’s bald head for the soccer ball itself. In a compilation video below with an excellent soundtrack you can see the end result. It’s like the AI has a crush on the linesman, and can’t help but zoom in on his beautiful, gleaming bonce.

We’ve reached out to both Inverness Caledonian Thistle and the company that makes the camera technology (Pixellot) for comment, but the underlying issue here seems pretty clear. A soccer ball is about the size and shape of a human head, and with sunlight glinting off both it’s easy to mistake them for one another.

Again, this is why AI is sometimes called brittle. A human being would never make this mistake, but a machine learning system with limited understanding of both soccer balls and human anatomy would. And while this particular example is very funny, these sorts of mistakes can happen to any AI system. This error is oddly similar, for example, to some mistakes made by self-driving cars that have caused fatal crashes. In one case, Tesla’s “autopilot” software failed to distinguish between the white side of a truck and the sky.

According to tweets from the match itself (seen via IFLScience), the situation was so bad that the game’s commentator had to apologize for the malfunctioning camera at one point. One fan even said he missed watching his team score because of the AI’s lack of focus.

This feature originally appeared in TheVerge. 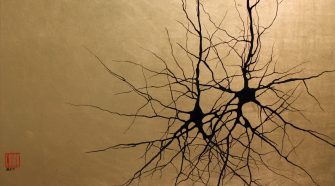