What’s New: Intel shared an update on progress within the Intel Neuromorphic Research Community (INRC). The group has grown rapidly since its inception in 2018 and now includes more than 100 members, with Intel announcing today the addition of Lenovo, Logitech, Mercedes-Benz and Prophesee to explore the value of neuromorphic computing for business use cases. Additionally, Intel summarized a growing body of research results from INRC members that used the company’s neuromorphic research test chip, Loihi.

“In two short years, we’ve formed a vibrant community comprising hundreds of researchers around the world inspired by the promise of neuromorphic computing to deliver orders of magnitude gains in computing efficiency, speed and intelligent functionality. For the first time, we are seeing a quantitative picture emerge that validates this promise. Together with our INRC partners, we plan to build on these insights to enable wide-ranging disruptive commercial applications for this nascent technology.”
–Mike Davies, director of Intel’s Neuromorphic Computing Lab

Why It Matters: Intel created the INRC because it believes no one organization alone will effectively unlock the full potential of neuromorphic computing. By collaborating with some of the leading researchers in this field spanning academia, industry and government, Intel is working to overcome the challenges in the development of neuromorphic computing and to progress it from research prototypes to industry-leading products over the coming years.

Intel and its partners have demonstrated orders of magnitude gains for real-world edge use cases and are seeing early progress in scaling these workloads to solve larger computational problems. As neuromorphic computing continues to advance, Intel and the INRC have also uncovered various potential real-world use cases for neuromorphic technology, such as enabling more efficient and adaptive robotics; rapidly searching large databases for similar content; and allowing edge devices to make difficult planning and optimization decisions in real time. The addition of Lenovo, Logitech, Mercedes-Benz and Prophesee to the INRC along with existing Fortune 500 and government members showcases the steady maturing of neuromorphic technology and its coming graduation from academic laboratories into industry applications.

Results: Through ongoing development, prototyping and testing of applications built on Intel’s neuromorphic systems, Intel and INRC members are compiling a growing body of results that show consistent gains across a wide range of workloads. Existing results, such as mimicking the human olfactory system and bringing event-based touch sensing to robotics, combined with new benchmarks outlined at Intel Labs Day, paint a picture of neuromorphic computing being well-suited for an emerging class of bio-inspired intelligent workloads that also have commercial relevance.

What’s Next: As the INRC grows, Intel will continue investing in this unique ecosystem and working with members to provide technology support and explore where neuromorphic computing can add real-world value for problems big and small. Additionally, Intel is continuing to take learnings from the INRC and incorporate them into the development of the company’s next-generation neuromorphic research chip, which will be coming soon.

Previous ReBeL: A General Game-playing AI Bot That Excels At Poker And More 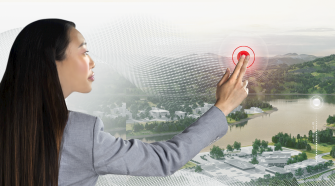