“High-definition maps are crucial to a safe and robust self-driving system. Because it is crowd-sourced across production vehicles in large volume, our Road Experience Management technology satisfies the near real-time and scale challenges necessary for an effective map.”
–Prof. Amnon Shashua, president and chief executive officer of Mobileye, an Intel Company

How Mobileye Set an Unprecedented Timetable: Because Mobileye has invested in a scalable, sustainable approach to mapping, the company was able to drive its cars autonomously on highways and urban roads – pretty much everywhere – within just a few days of delivering the AV to Munich. The ability to land in a new region and drive almost immediately is unprecedented as most companies must spend weeks – if not months – using special vehicles to build maps before their vehicles can start driving. What’s more, competing mapping approaches are quickly outdated and unable to account for road changes such as detours.

In Mobileye’s case, the worldwide HD map already exists thanks to unique technology that uses the power of the crowd to generate and continuously update the map. REM technology is actively generating data about more than 15 million kilometers of roads daily to build the map and keep it up to date. This crucial tool for AV deployment is unique to Mobileye and made possible because of the company’s established global advanced driver-assistance systems footprint.

How to Watch It Now: As seen in the video, Mobileye’s Munich-based AV conducts many challenging maneuvers using only a camera-based self-driving system (more below).  Watch the full video to see how the AV reaches speeds of up to 130 kilometers per hour, navigates a left turn on green through a busy intersection, maneuvers to avoid an open door, executes an unprotected left turn, navigates to avoid a bus pulled to the side of the road, changes lanes on a highway at high speeds, navigates a congested street, maneuvers around a vehicle that is parallel parking, and safely moves around stopped emergency vehicles.

About the AV: The vehicle shown in the video is using a camera-only subsystem of Mobileye’s level-4 development AV. This camera subsystem runs on two of Mobileye’s EyeQ®5 systems-on-chips (SoCs) processing 11 cameras. It’s important to note that Mobileye’s production L4 solution (not shown in this video) includes a second sensing subsystem using radar and lidar for True Redundancy™.

More About Mobileye in Germany: Germany’s independent technical service provider granted Mobileye a permit for AV testing in Germany in July 2020. The permit allows the company to test vehicles in real-world traffic on all German roads at speeds up to 130 kilometers per hour. 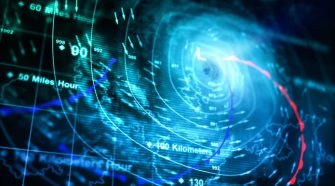