The new implantable devices are built upon a new platform LLNL researchers are calling POEMS (Polymeric Opto-Electro-Mechanical Systems) and represent the first time LLNL has integrated optical capabilities into its patented flexible thin-film neural implants. Capable of delivering light for neural activation, the devices could be used for high resolution and minimally invasive diagnoses of brain disorders, in human-machine interfaces or wearable technologies. The work was published online

by Materials Letters, where it was featured on the cover and chosen as an Editor’s Pick.

“This work is really exciting as it brings together our on-site microfabrication and additive manufacturing capabilities and leverages their benefits for the design of highly precise opto-electronic systems,” said first author Komal Kampasi. “The major advantages of our approach is that it can enable the design of highly flexible, ultra-compact and low weight implantable micro-optics which are about an order of magnitude smaller in footprint than the current state of the art. I see us going forward and continuing to expand in these directions.”

The technology uses micro-laser diodes as local light sources in place of bulky optical fiber cables and can be used for a variety of biomedical design needs, ranging from optical delivery to optical sensing or imaging, Kampasi explained.

Previous polymer-based implantable devices have had subpar optical transmission when compared with semiconductor-based devices, preventing their use in the micro-electromechanical system (MEMS) industry. However, building off recent developments in polymer sciences and years of LLNL advancements in thin-film interfaces, Lab researchers incorporated hybrid polymer based micro-waveguides onto LLNL’s flexible polyimide-based devices. The hybrid polymers have both polymer-like and glass-like optical properties, making them suitable for design of flexible optics, researchers said.

Unlike silicon-based semiconductor devices that may suffer from long-term biocompatibility issues due to their mechanical stiffness, LLNL’s flexible thin-film devices cause minimal tissue damage and make an ideal choice for long-term experiments in animal models, Kampasi explained.

“The use of hybrid materials for thin-film implants looks very promising,” Kampasi said. “We wanted to look for better material options for optical waveguiding that would retain the thin-film characteristics of our devices, like flexibility and longevity, but also would make them optically more efficient. The advances in polymer science are happening at an unprecedented rate and we have a lot more material options available today than we had in the past. So, it was about bringing together the pieces of the puzzle and finding the right materials for our application. There’s still work to be done to establish biocompatibility of the new materials, but all the results so far look encouraging.”

To move from electrical to optical capability, Lab researchers needed to create waveguides in the implantable devices that carried light instead of electricity. Using microfabrication and 3D nanoprinting technology, the team was able to fabricate waveguides directly onto flexible substrates and on top of commercial optical structures like laser diodes and optical fibers. Such design flexibility could compensate for any misalignment between light sources and optical guides, addressing a major concern in optics, researchers said.

“Cost-effective optical coupling is an industry challenge,” said co-author Susant Patra. “In-situ alignment by this approach reduces the cost significantly because optical alignment via brute force (using expensive alignment tools) can contribute to 80 percent of the price of assembly.”

The work marks the first time Lab scientists have attempted to create an optical implantable device using the clean room of the Lab’s Center for Micro and Nanotechnology. While the devices are yet to be tested in animals, researchers performed accelerated soak tests and optical and electrical device characterization in vitro. The tests successfully verified the device’s performance and also indicated that the newly incorporated hybrid polymers could last at least a year inside an animal with only a 2 to 8 percent decrease in optical transmission over time, compared to 20 to 40 percent decrease in conventional organic polymers, researchers said.

The team’s next step is to work with outside collaborators who are interested in using the devices to perform optical stimulation and sensing experiments. One such application is in optogenetics, wherein animals’ brain cells are genetically modified with light-sensitive proteins, enabling them to be activated by light. Scientists could insert the LLNL device anywhere in the brain, flash a light and manipulate the animal’s neural circuits to better understand how the brain works or why disorders such as epilepsy occur, researchers said.

“Komal’s work highlights a much-needed evolutionary improvement beyond state-of-the-art implantable neural implants,” said principal investigator Razi-ul Haque, group leader for Implantable Microsystems in the Lab’s Center for Bioengineering. “By building upon LLNL’s well-established flexible polymer array technology, we have engineered a solution that instantly expands the capabilities of our neural probes without affecting our core technology of flexibility. Furthermore, by demonstrating a portfolio of functions through the platform of POEMS technology, we have demonstrated that the future development of neural implants, combined with optical capabilities, is indeed bright.”

“This is an entirely new technology that required a highly complex and novel process development for the Laboratory,” added Center for Bioengineering director Shankar Sundaram. “I believe this capability demonstration opens up exciting new possibilities in polymer photonics with applications in other Lab missions beyond biology and medicine.”

The work was funded by the National Institutes of Health’s National Institute on Deafness and Other Communication Disorders and the Laboratory Directed Research and Development program. Co-authors included LLNL scientists and engineers Ian Ladner, Jenny Zhou, Alicia Calónico Soto and Jose Hernandez.

Previous Six Space Missions To Look Forward To In 2021 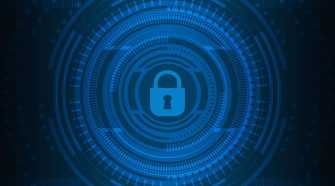