The way we live and, crucially, where we live, is changing fast. In 1950, 746 million people around the world lived in cities. Today, 3.9 billion do – and that figure is expected to increase by a further 2.5 billion by 2050. The world is moving from spacious, green, rural lives to condensed, concrete urban ones. Putting the numbers into context – in just 100 years, the population of our cities will have grown by 88% – to 6.4 billion.

This rapid urbanization presents many challenges. One of the most urgent is how to provide infrastructure solutions that can cope with the stress caused by this massive expansion of populations in concentrated spaces. Established cities must build, maintain, and upgrade extensive transport, power, water and telecommunication networks, in order to keep up with the demands of economic development and population growth. This infrastructure is necessary to continue to progress societies and improve living standards.

Transport is a particularly complex issue: At the heart of the urban supply chain, if city transport networks are insufficient to meet demand, urban economies and societies can be severely impacted, removing the benefits that such concentrated centers of talent and marketplaces bring. With more than 80 percent of global GDP generated in urban areas, keeping our cities moving is vital to economic growth, as well as to improving quality of life and increasing the prosperity and sustainability of our communities.

Avoiding the potential negative economic consequences of insufficient or failing infrastructure should therefore be considered a core business and societal concern – one that requires long-term planning and investment.

By 2050, almost 70 percent of the world’s population will live in cities. If managed well, this rapid urbanization can bring significant benefits for business, with concentrations of talent and customers driving innovation and growth, while increasing standards of living for the billions of individuals who call ”the city” their home.

However, such large-scale urbanization also brings with it significant challenges. Established cities need to upgrade their existing, aging infrastructure to keep them moving today while anticipating the needs of tomorrow. Newer cities have to move fast, not only to catch up with existing demand, but also to plan for future needs.

“No matter where you’re located – a large city or a rural town – ‘infrastructure’ is fundamental to your daily life,” says Tariq Taherbhai, Senior Director, Aon Infrastructure Solutions. “Whether you’re walking on a dirt road or driving on a highway, networks of transportation connect you to others, to commerce, to work. When those systems falter, everyday life suffers.” If a city’s transport infrastructure isn’t fit for purpose, not only is there potential disruption to supply chains presenting a serious problem for businesses, there is also disruption to everyone’s daily life.

Aside from these issues of supply chain efficiency and logistics, poor infrastructure can also have a hugely negative impact on mobility, and therefore on overall productivity. Commuters stuck in traffic or delayed on trains and metro systems can lead to loss of working hours, reduced output and negative health outcomes. It can add to the talent flight, as employees seek jobs closer to home, or with less stressful commutes. For example, the cost of traffic jams in Manilla in terms of lost potential income has been estimated at 2.4 billion pesos ($57 million) a day – and this could grow to 6 billion pesos ($142 million) a day by 2030. On the other side of the globe, the story is similar – in São Paulo, traffic jams alone were estimated to cost $17.8 billion a year in lost productivity, wasted fuel and adverse health effects from vehicle emissions.

The Challenges Of Aging Urban Infrastructure

In developed economies, it can be easy to take infrastructure for granted: Something that’s always been there and always will. But that is not necessarily so, as years of underinvestment in critical areas is now catching up with countries around the world. If the lack of investment isn’t addressed, it could erode future growth, causing challenges for millions of people that could impact businesses with lost worker productivity, decrease quality of life for the general public, and even cause – or exacerbate – health issues.

Putting aside for a moment the need to renew and expand our infrastructure, even maintaining current infrastructure is a challenge. Many major cities in the developed world are reliant on transport networks originally built decades ago, and face a continual process of maintenance and improvements.

Just consider the metro system in Washington, D.C., on which certain lines currently face a closure of up to six months in order to carry out urgent repairs. The alternative is to conduct work during off-peak hours, which would mean that results take much longer to deliver. An extensive series of works to improve drainage, replace tracks, repair tunnels and improve technology on the London Underground aims to increase capacity by 33 percent by 2023 – with work being carried out at night and on weekends to minimize disruption. “Such projects have hundreds of individual risks, all of which need to be properly identified, analysed and managed in order to allow the projects to achieve success,” says Taherbhai.

It’s not just upgrading existing transport infrastructure that poses a challenge in established urban areas – adding new routes is also problematic. Above ground, for many older cities, street patterns were laid out in the centuries before cars and railways existed. Some areas of some cities, especially in Europe, are protected historic sites with heavy restrictions on development work that restrict their ability to adapt and expand.

Below ground infrastructure complicates matters further. London’s Crossrail, a major subterranean railway line currently under construction, is estimated to cost £14.8 billion ($19.7 billion), with 10,000 people working across 40 construction sites. Upon completion, it will add 42km of new tunnels beneath the city, integrated with existing lines and stations. Yet navigating the existing networks of underground tunnels, pipes and cables – as well as archaeological sites – has proved extremely challenging. The complexities of planning and costing the project mean that although Crossrail was first proposed in 1974, work did not begin until 2009, and it is not due to open until 2019.

The problems of integrating new improvements or systems with existing infrastructure are complex, and require significant investment in time, planning and money to ensure essential services can be maintained alongside major engineering works. What’s more, new projects have been hampered by constraints to public sector budgets following the financial crisis, and so finding alternative funding models may prove vital to their success.

The challenge of modern transport is not just about what happens within city limits. Just as important is the need to connect major urban centers to facilitate economic activity – as well as to ensure that vital supplies can make it through to expanding urban populations and businesses. The UN’s World Cities Report 2016 describes China’s economic boom as “almost entirely urban-based, with its cities thriving with investments, infrastructure, innovation and competitive impetus… Asian cities have become critical nodes in the system of global accumulation and regional development.”

For China and other emerging economies, ensuring the efficiency of the supply chain is essential for continued export-based growth. With the Chinese economy slowing, being able to transport raw materials, components and products with speed is increasingly important. Just as no business can succeed if it can’t gain access to the supplies and customers it needs, neither can today’s rapidly-growing cities succeed without reliable links to sources of raw materials and markets. By investing in better infrastructure, China can “not only secure supply chains, but also gain better and more direct access to markets,” says Owen Belman, CEO, North Asia, Aon Risk Solutions.

To maximize the potential of urban economic growth, investment in extra-urban supply chain routes, including transport links, is vital. In this, China’s “One Belt One Road” project is perhaps the most ambitious the world has ever seen. This will see the construction of roads, railways, ports and other transport systems to connect major cities across Asia with those in the Middle East and Europe.

“The sheer scale of the program cannot be overstated,” says Belman. “It covers 65 countries, affecting over 4 billion people. It will need to overcome difficult natural conditions from mountainous regions to deserts, as well as existing regional and territorial disputes, internal political turmoil and possible terrorist activity.” Despite these challenges, official figures suggest around 900 deals are in progress, worth around $890 billion, with China planning to invest $4 trillion in total. In contrast, The Economist has noted, the Marshall Plan, credited with revitalising European economies after WWII, was worth just $130 billion in current dollars.

The need for long-term investment

Whether it’s in funding new projects to improve transport links, mobility, connectivity and supply chain logistics, or in updating aging systems to address similar needs, significant long-term planning and investment is vital to help cities evolve to meet the needs of the future.

But since 2008, with straitened public budgets, less willingness to invest in large-scale projects on the part of banks, and decreased liquidity across global markets, investments in infrastructure has been falling dangerously behind.

“The complexity of infrastructure projects requires a long-term perspective,” says Paul Schultz, CEO, Aon Securities. As an asset class, infrastructure investment is growing in popularity across pension funds and insurance companies, who are looking to longer-term returns on investment.“Infrastructure assets, which in many cases are contracted for a span of 30 or more years, provide predictable, stable returns,” says Schultz.

Given the current relatively low cost of borrowing, public financing remains central to addressing the infrastructure shortfall, especially for higher risk projects such as high-speed rail networks, but governments around the world will increasingly need to rely more on private sector investment.

Schultz explains, “There is significant market appetite for institutional investors to plug the gap.” The recent LaGuardia Terminal Expansion was 10 times oversubscribed in the market. Now is the time for countries globally to determine how to capitalize on the demand for investment in order to improve public infrastructure.”

In addition to responding to the shifting needs of urbanizing populations, one of the outcomes of rapid urbanization may be to facilitate a more focused and concentrated approach to infrastructure investment. If approached well, risk and return on infrastructure investment will become better managed and boost economic growth. This in turn should stimulate further investment, creating a virtuous circle of development and improvement.

There are many challenges caused by aging infrastructure and rapid urbanization – but also much opportunity. The sheer scale of the need means that new, creative approaches to development and financing are required, which, in turn, will lead to more efficient, productive and healthier cities – and people – around the world.

“Managing urban areas has become one of the most important development challenges of the 21st century. Our success or failure in building sustainable cities will be a major factor in the success of the post-2015 UN development agenda.” – John Wilmoth, Director, UN DESA’s Population Division

“Urbanization and growth go hand in hand, and no one can deny that urbanization is essential for socio-economic transformation, wealth generation, prosperity and development.” – Joan Clos, Under-secretary General, UN-Habitat

“Better understanding of infrastructure ‘behaviour’ can help us adapt our asset management to meet the transport demands of a busy and economically important city in an innovative, more sustainable and cost-effective way. Knowing better what assets are doing can help us optimise reliability and minimise the need for disruptive maintenance interventions.” – Keith Bowers, Principal Tunnel Engineer, London Underground, Transport for London

This feature is originally appeared in Aon. 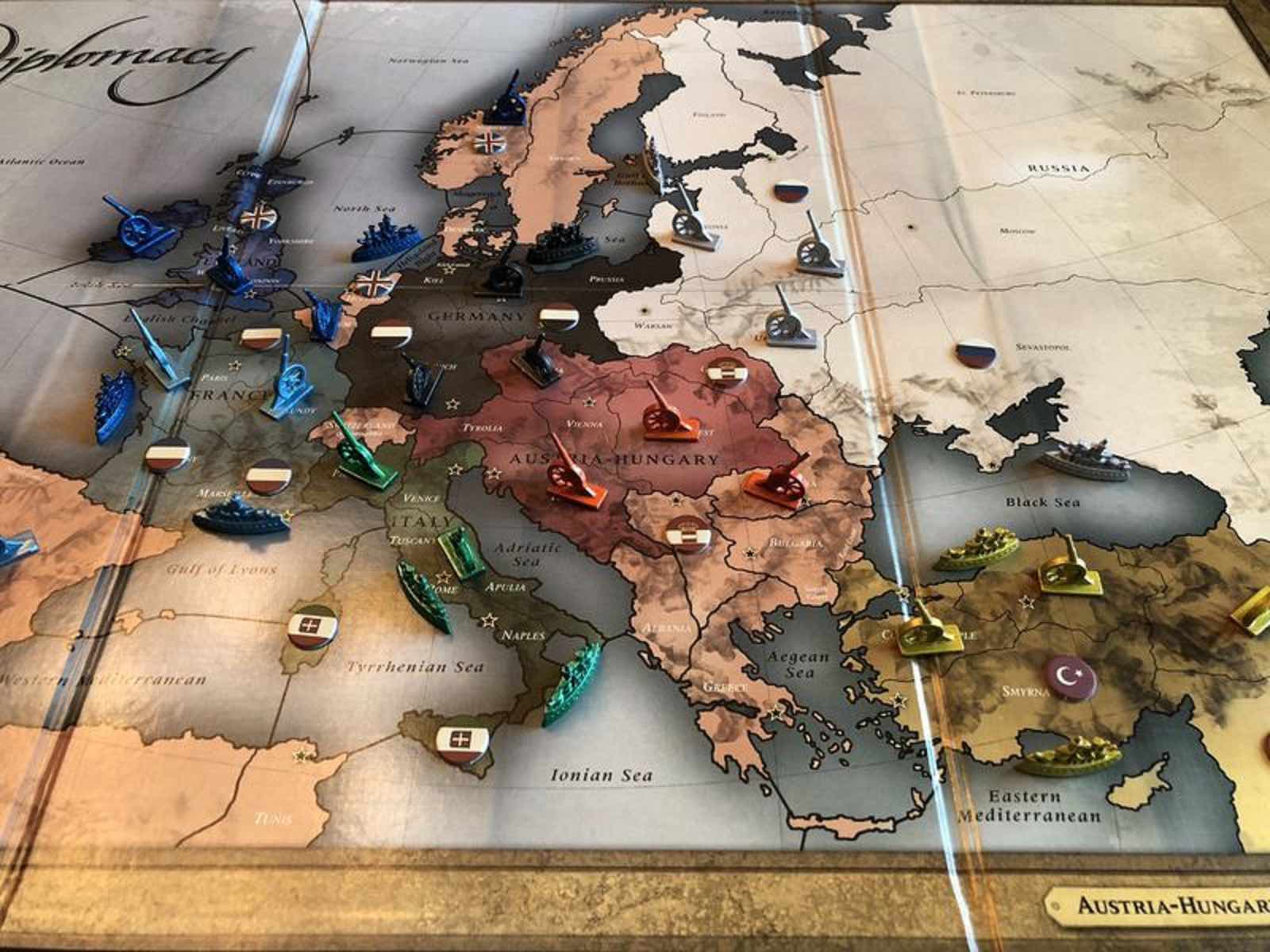 AI For The Board Game Diplomacy 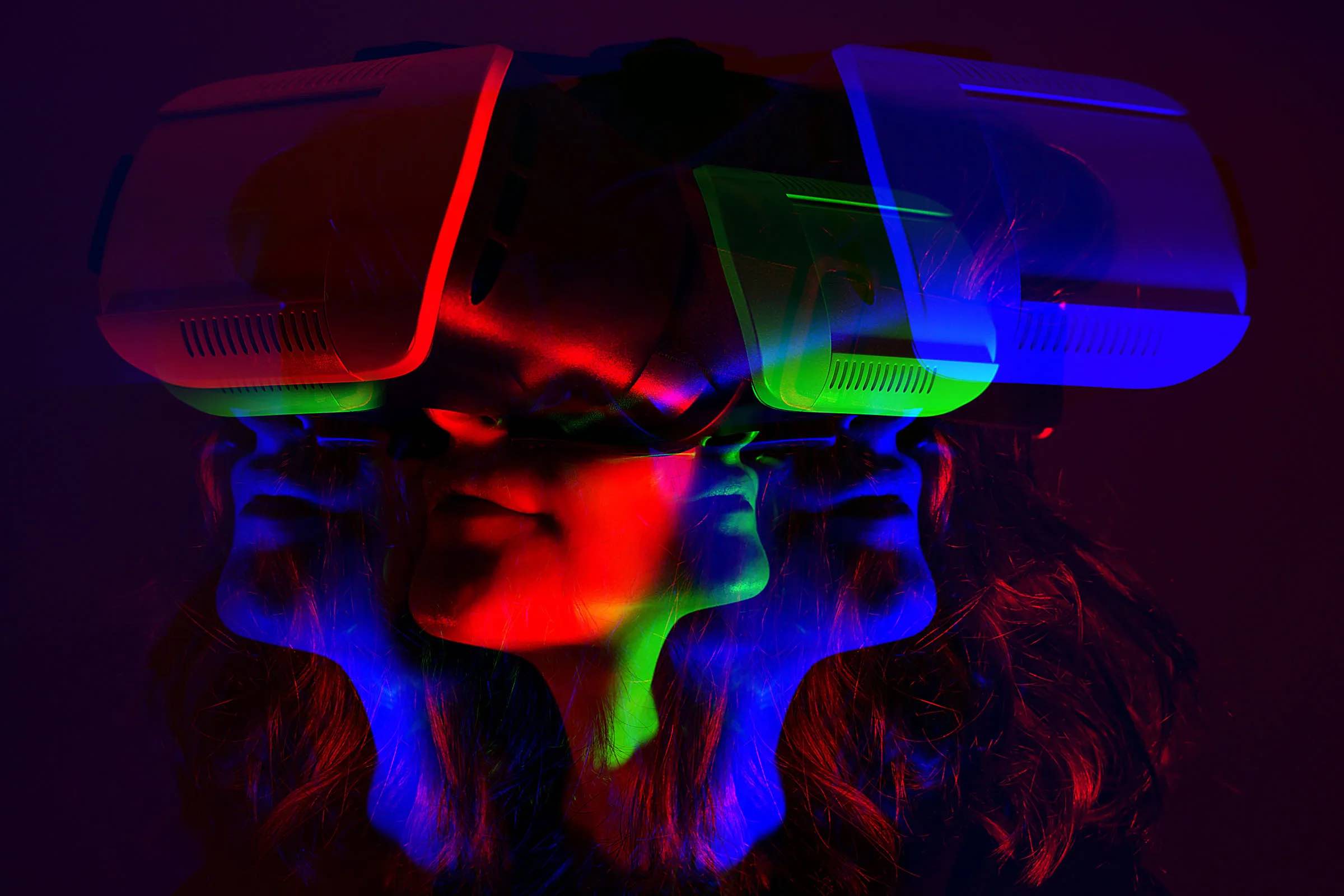 The Metaverse: How To Build Something We Can All Gain From How Artificial Intelligence Can Help Us Prepare For Climate Adaptation 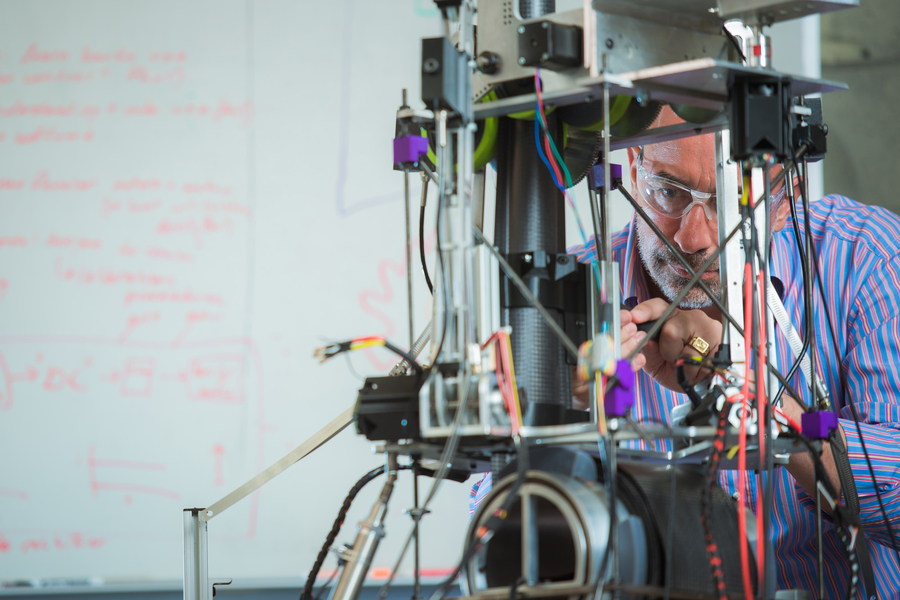 On The Front Lines Of Space Innovation 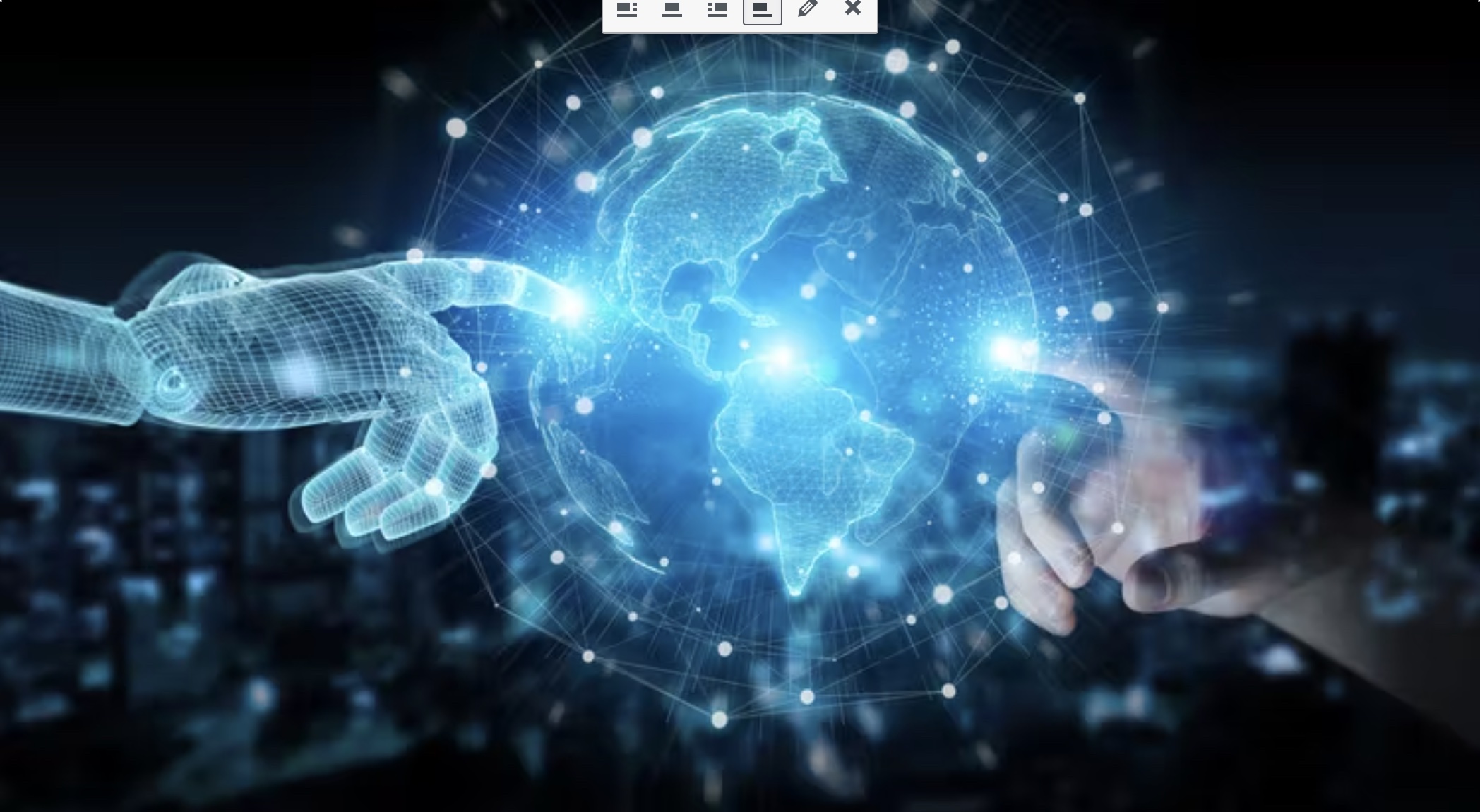 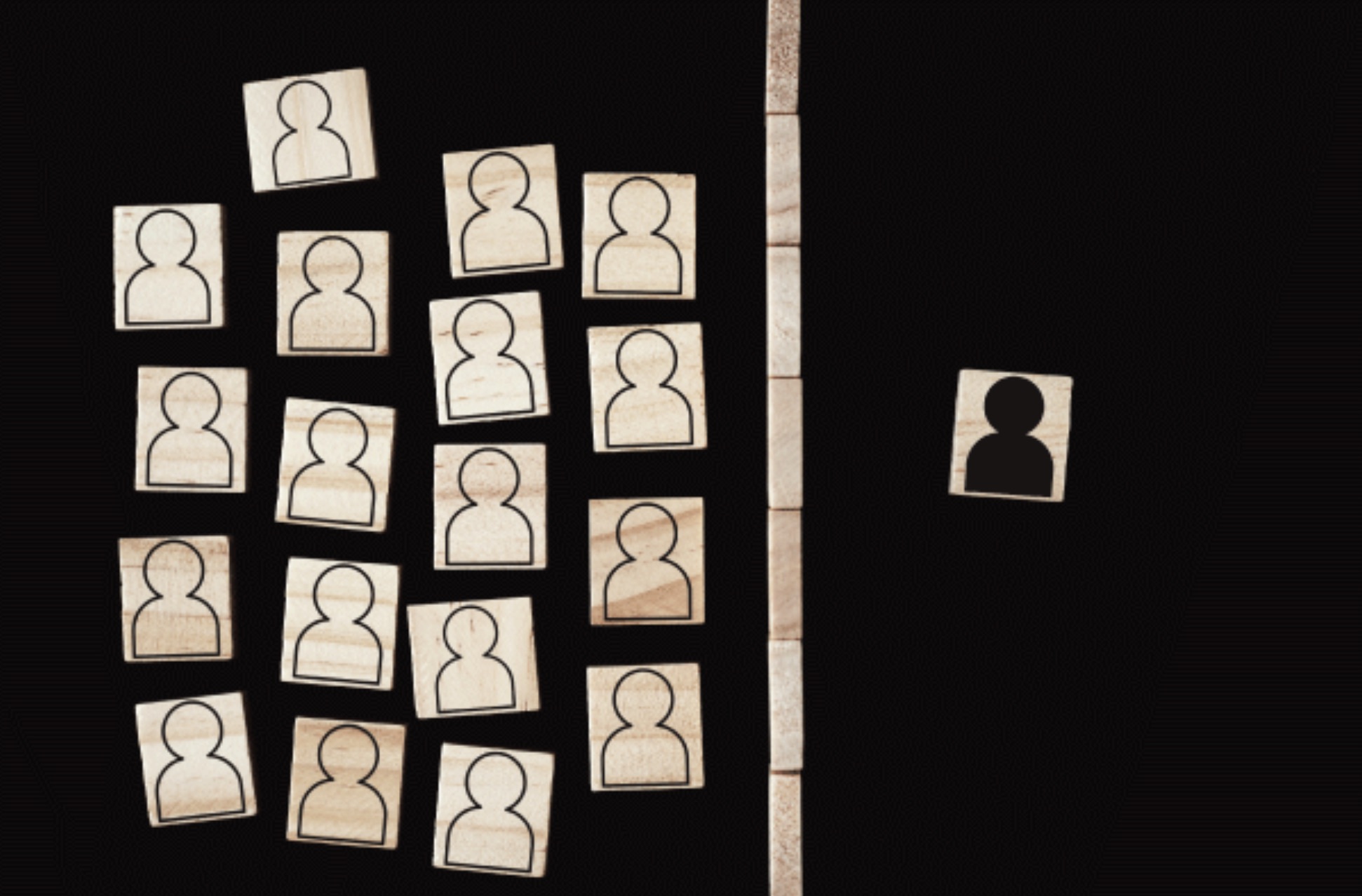 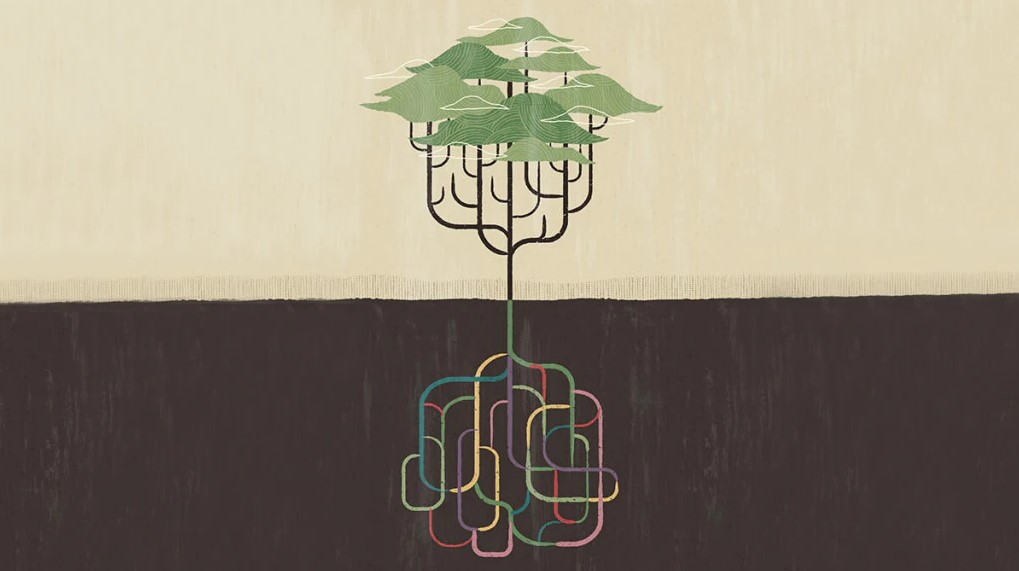