NASA has selected Lawrence Livermore National Laboratory (LLNL) and Goddard Space Flight Center (GSFC) to serve as lead institutions for the Pandora scientific mission that will study 20 stars and their 39 exoplanets.

The goal of the Pandora mission is to learn about starspots (akin to sunspots) and identify which of these exoplanets are hydrogen- or water-dominated and which are covered in clouds. The expected launch date for the $20 million mission is in late 2024 or early 2025.

Pandora will observe the stars and exoplanets with long-baseline, multiwavelength observations to disentangle star and planet signals in transit spectra to obtain robust measurements of planet atmospheric features. The Pandora observations will address and mitigate the impact of stellar inhomogeneities on exoplanet transit spectra obtained with the James Webb Space Telescope.

The SmallSat project, which is part of NASA’s Astrophysics Pioneers program, is led by Elisa Quintana, principal investigator (PI) at GSFC, and Pete Supsinskas, LLNL project manager. Co-investigators from NASA Ames and several universities will provide scientific contributions to the project.

LLNL and GSFC teams have worked together for decades to address various needs of the astrophysics and space science communities. This particular partnership was sparked by a recent collaboration between the LLNL Space Science and Security Program engineering team and GSFC earth scientists, who jointly deployed a cubesat into space a year ago from the International Space Station.

“This is a fruitful partnership with the GSFC Astrophysics Science Division, in which they lead the science and we lead the mission,” Supsinskas said. “LLNL serves as mission integrators performing overall systems engineering, procuring the spacecraft and managing its construction, building the telescope instrument and ensuring integration of the mission through testing and onto the launch vehicle for one year of on-orbit operations.”

“I am thrilled to be working with LLNL, it’s been a completely positive experience,” Quintana said. “With only four of 24 four proposals selected, we are extremely grateful to have the chance to make these crucial observations.”

“Partnering with the LLNL Space Program for the Pandora proposal enabled this exciting mission concept that not only addresses important questions in exoplanet research, but gives us the opportunity to be part of the inaugural group of projects funded by Astrophysics Pioneers, a new program at NASA,” said GSFC Astrophysics Science Division Director Rob Petre. “We look forward to first light.”

Supsinskas said the Pandora mission leverages the capabilities LLNL uses to support the Department of Energy and other government agencies by using new technologies to support various science goals.

“In this case, we are leveraging optics design and fabrication experience, as well as knowledge of optical and infrared detectors,” he said. “The project also relies on systems engineering that we do for other sponsors to facilitate groundbreaking science in a small satellite package that would normally not have been possible.”

Patricia Boyd, chief of the Exoplanets and Stellar Astrophysics Laboratory at GSFC, said it is rewarding to see NASA investing in this team and this science.

“Elisa has done a fantastic job forming a team of diverse early career leaders, and forging exciting partnerships between Goddard, Livermore and NASA’s Ames Research Center,” she said. “These partnerships open up more opportunities to get to space, to train the next generation of mission leaders, and to make critical observations in exoplanets – one of the most exciting and explosive growth areas in science today.” 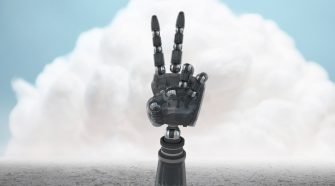