Naïve Bayes is a classification technique that serves as the basis for implementing several classifier modeling algorithms. Naïve Bayes-based classifiers are considered some of the simplest, fastest, and easiest-to-use machine learning techniques, yet are still effective for real-world applications.

Naïve Bayes is based on Bayes’ theorem, formulated by 18th-century statistician Thomas Bayes. This theorem assesses the probability that an event will occur based on conditions related to the event. For example, an individual with Parkinson’s disease typically has voice variations; hence such symptoms are considered related to the prediction of a Parkinson’s diagnosis. The original Bayes’ theorem provides a method to determine the probability of a target event, and the Naïve variant extends and simplifies this method.

This article demonstrates a Naïve Bayes classifier’s capabilities to solve a real-world problem (as opposed to a complete business-grade application). I’ll assume you have basic familiarity with machine learning (ML), so some of the steps that are not primarily related to ML prediction, such as data shuffling and splitting, are not covered here.

In this article, I’ll demonstrate using Naïve Bayes with the example of predicting a Parkinson’s diagnosis. The dataset for this example comes from this UCI Machine Learning Repository. This data includes several speech signal variations to assess the likelihood of the medical condition; this example will use the first eight of them:

The dataset used in this example, shuffled and split for use, is available in my GitHub repository.

I’ll use Python to implement the solution. The software I used for this application is:

There are several open source Naïve Bayes classifier implementations available in Python, including:

I will use sklearn Gaussian Naive Bayes for this example.

Here is my Python implementation of naive_bayes_parkinsons.py:

The accuracy scores on the train and test sets are 67% in this example; its performance can be optimized. Do you want to give it a try? If so, share your approach in the comments below.

The Naïve Bayes classifier is based on Bayes’ rule or theorem, which computes conditional probability, or the likelihood for an event to occur when another related event has occurred. Stated in simple terms, it answers the question: If we know the probability that event x occurred before event y, then what is the probability that y will occur when x occurs again? The rule uses a prior-prediction value that is refined gradually to arrive at a final posterior value. A fundamental assumption of Bayes is that all parameters are of equal importance.

At a high level, the steps involved in Bayes’ computation are:

Step 2 can be computationally quite arduous. Naïve Bayes simplifies it:

This is a very basic explanation, and several other factors must be considered, such as data types, sparse data, missing data, and more.

Naïve Bayes, being a simple and direct algorithm, does not need hyperparameters. However, specific implementations may provide advanced features. For example, GaussianNB has two:

Maintaining its philosophy of simplicity, Naïve Bayes uses a 0-1 loss function. If the prediction correctly matches the expected outcome, the loss is 0, and it’s 1 otherwise.

In essence, Naïve Bayes is an extension of Bayes’ theorem. It is one of the simplest and fastest machine learning algorithms, intended for easy and quick training and prediction. Naïve Bayes provides good-enough, reasonably accurate predictions. One of its fundamental assumptions is the independence of prediction features. Several open source implementations are available with traits over and above what are available in the Bayes algorithm.

This feature is originally appeared in opensource.com

Next Synthetic Data’s Role In The Future Of AI

Algorithms Are Opinions, Not Truth Machines, And Demand The Application Of Ethics 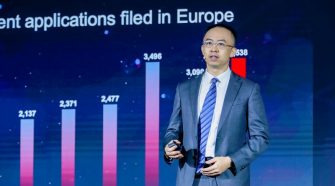