A startup that made a name for itself designing AI avatar clones of celebrities is turning its attention towards brands.

Nonprofit-commercial hybrid AI Foundation is launching a new brand media lab designed to build experiences for marketers and entertainment companies based around its trademark lifelike human avatars. The project is a partnership with creative studios Ventureland and Prettybird. Film director Rami Hachache will serve as chief creative officer.

The lab will work with brands, creatives and public figures to develop either human avatar versions of real-life people or characters and build campaigns and interactive experiences around them.

“Maybe the biggest goal I would say is develop the best use cases for the tech and use Ventureland’s knowledge of the branded space to determine how to best do that,” Hachache said. “This is all very new technology. And so it’s just kind of about finding those really impactful use cases that are the best examples of the technology and what it can do for brands.”

The AI Foundation has previously designed CGI lookalikes of public figures, the guru Deepak Chopra being its most public example. Trained on natural language processing systems trained to mimic his speech patterns and language, the Digital Deepak program is designed to scale the self-help figure’s presence so he can interact with more fans and followers at the same time.

The new studio is hoping its campaigns can achieve the same kind of scale for brands looking to make their messaging more interactive.

“Marrying best-in-class creative with the Foundation’s incredible technology will allow us to together break the fourth wall in the ad and marketing world and bring consumers immersive brand experiences not previously possible,” Ventureland president Ali Brown said.

The project will initially focus on brands and entertainment properties across verticals like travel, fashion, lifestyle and sports.

“We’ve definitely been speaking to companies that really have a growing desire to be the early adopters of AI and brands that really want to make a huge splash,” Ventureland executive producer Natasha Wellesley said. “That’s been a huge focus is to really be the differentiator through this creative and inserting AI into those experiences.”

Hachache previously led two viral social media projects for the AI Foundation that featured digital avatars. One was @jojobiden46, an unofficial impersonation of President Joe Biden on TikTok that garnered more than 100 million views. The other was a Santa Claus AI on TikTok that promoted the AI Foundation’s “SantaTime” app, which helped raise money for St. Jude Children’s Research Hospital.

How Mr. Cooper Is Using AI To Increase Speed And Accuracy For Mortgage Processing 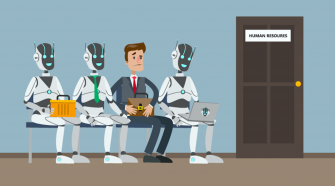