It works best when used as an extension and a tool to bolster our creativity.

Human creativity comes from a variety of internal and external sources. We instinctively piece them together with the different experiences from our lives to produce unique and unpredictable results. But it cannot be replicated, and there isn’t a predefined formula that encapsulates the creative process.

Many believe that the role of serendipity and randomness represents the spark of human creativity. But, unfortunately, these illogical series of events would be difficult for AI to understand, and as a result, it prevents AI from being creative on its own.

However, if humans produce a series of datasets that help AI learn what humans perceive as beautiful, frightening, artistic, and inspiring, algorithms can create similar results. But it’s still pre-defined parameters and, in some cases, biases set by a human programmer. For these reasons alone, AI works best when used as an extension and a tool to augment human creativity, rather than replace it.

AI and the Arts

The unlikely collaboration of an AI expert and a dance choreographer resulted in a solution created from AI learning a style of dance and creating its own choreography. The human and AI collaboration involved feeding the model 13.5 million spatiotemporal joint positions from five hours of contemporary dancing. Within 48 hours, the model choreographed new dances in a way that was remarkably like the choreographer’s own style. Furthermore, AI empowered the choreographer to create something true to her much quicker than she could ever hope to have achieved independently.

Genealogy website MyHeritage used its deep nostalgia AI tool to transform family pictures or photos of ancestors into animated videos. The technology was also used to bring to life 12 famous portrait paintings with animation. But whether the tech is creepy or cool is still up for debate.

Writers struggling with writer’s block can turn to a solution such as CopyAI to brainstorm new ideas. Unfortunately, it cannot produce an award-winning written work under your name. But after entering a few words, it can provide writers with enough inspiration for them to stop staring at a black screen. Wordtune is another AI copywriting companion that takes your authentic thoughts and words and helps you make them clearer, engaging and more compelling.

AI should not be seen as a digital ghost-writer that produces ideas and writes content on behalf of a human author.

It’s merely a tool that helps writers actualize a vision, fill in the blanks and bring their words to life by upgrading the human creative process rather than replacing it. Rather than seeing AI as a threat, writers should see it as an opportunity to improve their writing and get more work completed in less time.

READ MORE: WHAT SHOULD THE FUTURE OF AI LOOK LIKE?

How AI is enhancing the creative process

AI artist Taryn Southern composed an entire album using AI, and tokenized a track with Ethereum smart contracts. More than 240 token holders were invited to collaborate on lyrics and own a portion of the song. She also created augmented reality and 360° videos to promote the singles. This is an excellent example of how technology can redefine and enhance every aspect of the creative process.

Not content with leveraging AI to redefine how to create music, Taryn also created an AI clone of herself that enabled her to speak multiple languages and create content that communicated her message with people worldwide. With so many emerging technologies and tools at our disposal, Taryn’s work is a timely reminder that we need to think bigger and dare to navigate the uncharted digital waters of creativity.

One of the biggest misconceptions is that only a select group of individuals are creative. In his TED talk, Sir Ken Robinson shared how children are conditioned to think they are not creative by schools, society, and big businesses. This mindset quickly becomes a self-fulfilling prophecy, but anyone who has edited and shared a photo or video online using just their smartphone has unleashed their creative side without even realizing it.

Design gatekeeping fooled many into thinking that only people that knew the Adobe suite inside out were genuinely creative. The reality is that creativity is about imagination not just having the technical expertise to use a complex software package. As a result, the influencer market is worth $13.8 billion this year, with more than 50 million creators across popular platforms such as YouTube, TikTok, Instagram, and Twitch.

Our creativity is based on the information we consume and the experiences in our lives. So, the concept that AI can become our creative partner is not as far-fetched as you might think. AI is the perfect tool to enhance human creativity, but it cannot replicate or replace it. However, it can enable a collaboration that produces new approaches, combinations, and exciting results that would not be possible by working alone.

AI empowers humans to express themselves creatively, regardless of their skill set, artistic capabilities, or self-imposed limitations. We are arguably entering a creative renaissance where AI augments human creativity at scale. So, isn’t it time you leverage technology to unleash your creative side?

This feature was originally appeared from Cybernews.

Previous AI Is Now Learning To Evolve Like Earthly Lifeforms 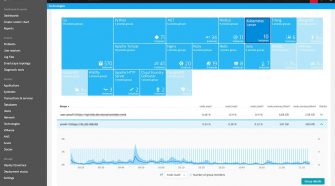