When thinking of AI (artificial intelligence), mixed emotions often come to mind. For movie buffs, we might immediately see images of Will Smith battling it out with humanoid AI creatures in IRobot or the even more realistic looking depiction of artificial intelligence in the movie aptly called AI. In our human minds, AI is something that could potentially lead to a catastrophic apocalypse as machines take over the world.

This is not just hearsay as with some things. According to a recent study about AI and marketing, 2,000 Americans were asked what they thought the potential impact of machines learning for themselves would have on life as we know it. 34% claimed it could be harmful, while 12% pointed to the possibility of complete human extinction. Truth be told, computer systems and AI have become a significant part of our lives without most people actually realizing it. Companies the world over use AI in their everyday practices and here are just a few examples.

We all know it, and most of us have used Amazon at some point in our lives. This powerhouse company has utilized AI for many years with the introduction of Alexa, but AI is not limited to this helpful little device. Amazon seems to know what we are thinking even before we choose to look something up. It’s not a magic trick, but AI programs using Predictive Analytics. Amazon is tracking what you look at to help predict what products may be beneficial to you in the future.
Amazon has reached a bit further with this concept through Amazon Go—the no lines or checkout convenience store concept is remarkable as the user simply fills up their bags while walking through the store. The customer is charged via the app and cameras throughout the store track other items you may pick up and then put down continually monitoring what you like and logging that data for future store visits.

Where Amazon is more prevalent in some parts of the world, China-based Alibaba is actually much larger. It currently sells more products than eBay and Amazon combined and they too do much more than work to predict what customers might buy in the future. Their format, known as City Brain Project, is being used to help alleviate traffic jams by monitoring each vehicle within smaller cities. Alibaba Cloud is another project from the company designed to help farmers monitor field yields and improve their cost-cutting measures throughout their operation.

One of the most significant users of AI in the world is, you got it, Apple. The iPhone is the leading smartphone device on the market (In Q3 2019, 13 percent of all worldwide smartphone sales were an Apple iPhone.) and with each passing year, it gets a bit more advanced. Current iPhones use FaceID to ensure a user who is accessing the device is the actual owner. In addition, Siri is a part of every Airpod, Apple Watch, and HomePod product you purchase.

The Chinese version of Google has a Deep Voice tool that is remarkably adaptable and can learn voices with just 3.7 seconds of audio played. This tool is used for reading books in which the author’s voice is cloned and used to provide a more authentic read.

This company has been using IA for decades with the first computer, Deep Blue, to beat out a world chess champion over 20 years ago. Watson was the next world-famous computer from IBM and was a featured player and winner of Jeopardy. Their newest AI-inspired computer system is known as Project Debater and it is designed to formulate human arguments and win debates against some of the world’s greatest known debaters.

Products such as Cortana, Bing, Office 365, and Skype are AI programs from Microsoft. It is the goal of Microsoft to introduce smart devices into every service they offer. They are currently one of the largest AIaaS (AI as a Service) users.

Drone deliveries are one of the latest offerings from big companies such as Amazon, but JD.com, a Chinese based online retailer, has been using drone deliveries for four years successfully. They use big data to help their robotics division move the company into the realm of 100% automation. Currently, the warehouses for JD.com run wholly on automated systems.

China has its own social media format called Tencent. This company aims to be the most respected internet enterprise and is working toward that goal with the help of AI. Currently, its 1 billion users use the app WeChat, but the company is reaching into other avenues such as digital assistants, self-driving cars, live streaming, education and many other avenues. Their slogan seems to say it all, “AI in all.”

Alphabet-Google is the parent company to projects such as Waymo, DeepMind, and Google Duplex. Each of these mediums utilizes AI differently. Waymo is responsible for self-driving taxis in California while DeepMind is a self-learning applications designed to play games with notable accomplishments such as beating out a professional Go player and learning 49 Atari games on its own. Google Duplex works remarkably like an AI-based assistant making phone calls or scheduling phone calls on the user’s behalf.

These are just a few examples of how AI has become a part of everyday business and personal lives. It is everywhere, and even though the concept of the world being taken over by computers is a bit concerning, we must face the fact that AI is not going anywhere anytime soon.

This feature was originally sourced from hackernoon.

Technical Leaders Agree: AI Is Now A Necessity To Compete 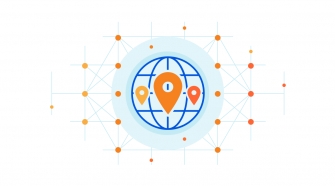