NASA’s latest and snazziest mission, the James Webb Space Telescope (JWST), launched on Christmas Day, deployed its 21-foot-wide mirror a mere two weeks ago and reached its orbital destination earlier this week. With a flashy new telescope now nearly a reality, astronomers at the University of California, Berkeley, are chomping at the bit to start observing.

After months of anxiety about whether the $10 billion telescope — 25 years in the making and the successor to the highly successful Hubble Space Telescope — would even survive launch, let alone unfold from its chrysalis into a gold-blinged telescope, these astronomers feel confident enough to plan summertime observations of nearby galaxies and of some of our closest neighbors in the solar system.

“I’m so thankful that it launched and everything appears to be working. I think it’s going to be just incredible,” said Ned Molter, a UC Berkeley doctoral student working with campus astronomer Imke de Pater, who leads one of 13 teams given the chance to make early observations with the JWST. “I speak for many of us to say we’re over the moon about the launch.” Dan Weisz and his team will observe local star clusters and galaxies using the superb sensitivity of the James Webb Space Telescope.

“What a beautiful Christmas present to have the James Webb Space Telescope launch on Christmas Day,” echoed Dan Weisz, a UC Berkeley associate professor of astronomy who leads another team awarded observing time as part of the “early release science” program. “The whole of 2022 is going to be a Webb extravaganza. The first part of the year we’ll get the telescope up to speed and commissioned, and in early summer and fall we’ll start observing and then publishing a slew of papers about the first results. It is going to be the year of Webb. It’s fantastic.”

After its launch exactly one month ago, on Dec. 25, the JWST began coasting through space to its final destination, a point referred to as L2: a special place in the solar system — a Lagrange point — where the gravitational pull on the telescope by Earth is exactly balanced by the gravitational pull of the sun. The JWST settled into orbit around L2 on Monday, Jan. 24, where it will remain forever, looking outward into the cosmos from the side of Earth that is opposite the sun.

As the telescope transited to that point — 945,000 miles from Earth and four times farther from Earth than the moon — scientists began aligning the primary mirror, which is a cluster of 18 smaller, gold-plated hexagonal mirrors, with the secondary mirror to get the sharpest images possible. Other scientists tested the many instruments onboard to make sure they work properly to record infrared light from objects in space.

This video, issued by NASA on Jan. 24, explains how the James Webb Space Telescope will observe the heavens from its orbit around L2, a point on the side of Earth opposite the sun. (Video courtesy of NASA’s Goddard Space Flight Center)

Following the six-month-long commissioning phase, 13 teams chosen by NASA will take the new telescope for a spin, putting its instruments through their paces by targeting astronomical objects that will be the major focus of scientists during the telescope’s planned 10 years of operation, and probably much longer.

Given the JWST’s primary mission to study dim, distant galaxies and faint exoplanets, the observations planned by de Pater and her team of about 50 astronomers may seem out of character: They will turn the telescope on one of the brightest objects in the sky, Jupiter. Imke de Pater will use the mid-infrared sensitivity of the space telescope to study cloud layers in Jupiter’s atmosphere.

“They (NASA) wanted to get involvement from the astronomy community to see what is feasible, what Webb can do, and really pushing it to the limits,” de Pater said. “We came up with the idea to look at the Jovian system, because Jupiter is extremely bright, but next to Jupiter, you have these really faint rings and some really faint satellites. Moreover, we will look at faint spectral features on Io and Ganymede while they are eclipsed in Jupiter’s shadow, a quite challenging experiment since the two bodies will be very close to Jupiter and invisible at visible wavelengths. We thought it would make a really nice proposal to look at these large differences in brightness.”

During her decades-long career, de Pater has used radio telescopes and optical and infrared telescopes, such as the pair at the W. M. Keck Observatory in Hawai’i and the Hubble Space Telescope, to study the atmospheres of our solar system’s large planets, with particular attention to Jupiter’s large storm, the Great Red Spot; the volcanoes of Jupiter’s moon, Io; the icy surface of another Jovian moon, Ganymede; and Jupiter’s rings. She is particularly eager to take advantage of the JWST’s ability to detect mid-infrared light, which will give her access to different layers of Jupiter’s atmosphere, ones she has not been able to explore using earthbound telescopes.

“We hope to find out more about the dynamics in the Great Red Spot and the aurora over the South Pole, and the chemistry and physics of the troposphere and into the stratosphere,” she said. Molter, who expects to graduate in August and remain with de Pater as a postdoctoral fellow to work with the JWST, plans to use the telescope’s Aperture Masking Interferometer to study the individual volcanoes on Io. With new mid-infrared data, he hopes to accurately measure the temperatures of the volcanoes, which will allow comparison with volcanoes on Earth.

As a new graduate student back in 2017, he had hoped to write his thesis using JWST observations of Io’s volcanoes, but as the launch date was pushed further and further out, he elected to study the atmospheres of Uranus and Neptune instead.

“We sort of pivoted away from the Io science when Webb was being delayed so much,” Molter laughed. “I had to graduate in a certain amount of time, so I found other projects.”

Weisz, an associate professor of astronomy, and his team will use their allotted time with the JWST to observe the Milky Way Galaxy and its nearby satellite galaxies. Weisz’s main interest is galaxy formation, and in particular, the role of dark matter — the still mysterious stuff that makes up 85% of the matter in the universe — in galaxy formation. The Hubble Space Telescope has taken many images of M-92, including this closeup in 2017. A ball of stars called a globular cluster, it orbits our galaxy’s core like a satellite and is one of the brightest globular clusters in the Milky Way. UC Berkeley’s Dan Weisz and his team will track the movement of faint stars in this cluster using the new James Webb Space Telescope. (Image by ESA/Hubble & NASA; Gilles Chapdelaine)

He and his team of about 50 astronomers are focused on three different targets. One is M-92, one of the oldest globular clusters in the Milky Way and one of the most photographed by Hubble. The hope is that the JWST can detect the oldest and faintest stars and thus provide a more precise age for the cluster — previewing what the JWST could do for all of the 100 or so globular clusters in the Milky Way.

Another target is an ultrafaint dwarf galaxy — a satellite of the Milky Way 98,000 light years from Earth — that has surprisingly little normal, visible matter, but instead appears to be mostly dark matter. The JWST should be able to detect the galaxy’s very faint stars and, with data from Hubble, map their motions in 3D, allowing astronomers to precisely weigh the dark matter and plot its distribution, constraining some of the theories of what dark matter may actually be.

Even farther away — 3.26 million light years — is a star-forming galaxy that Weisz hopes will test the resolution of the JWST, and perhaps improve the cosmic distance ladder used to measure the expansion of the universe. All three targets will require exploring the capabilities not only of the telescope, but of the detectors that produce the data. “We’re building the software needed to basically take the JWST images and turn them into scientifically useful data products, like radiation fluxes, luminosities of individual stars, and galaxies and star clusters in our Milky Way and nearby universe,” he said. “And then, we’re releasing all the analysis software, the pipelines used to reduce it, the catalogs we’re making — all of that stuff is just going to be made public as soon as we’re done, so the community can immediately take it and apply it to their use observing or use it to plan future proposals.”

While Weisz expects the JWST to help advance his field of galaxy formation in the local universe and refine distance measurements in the cosmos, he predicts the greatest discoveries will be about the very early universe and the conditions on planets around other stars, which were NASA’s primary goals for the JWST. Some key questions about the history of the universe and of life in the universe could be answered in the next few years — all potentially worth the price of the JWST.

“I think Webb has gotten a lot of negative attention because of its $10 billion price tag when it was only supposed to be a couple billion,” Weisz said. “But at the end of the day, you look at this and you say, ‘Boy, if this is now going to last 10, 15 years, and it’s going to open windows onto planets and ancient stars in the early universe and tell us about how we got here, it really is just kind of in line with all the other amazing things that NASA has done.’ You look at it in terms of its discovery potential, and I really think it’s a great value.”

Leading In AI: A Holistic Approach That Is Uniquely Intel 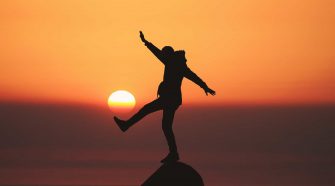