A captivating conversation is taking place about the future of artificial intelligence and what it will/should mean for humanity. There are fascinating controversies where the world’s leading experts disagree, such as: AI’s future impact on the job market; if/when human-level AI will be developed; whether this will lead to an intelligence explosion; and whether this is something we should welcome or fear. But there are also many examples of of boring pseudo-controversies caused by people misunderstanding and talking past each other. To help ourselves focus on the interesting controversies and open questions — and not on the misunderstandings — let’s  clear up some of the most common myths.

Artificial Intelligence And Robots Are The Same.

The robots are hardware, whereas artificial intelligence (AI) is software. AI involves programming for the completion of tasks that would otherwise require human labor. Robotics deals with programmable machines called robots that can perform a series of actions autonomously. There are many robots that are not artificially intelligent. Until recently, all industrial robots could only be programmed to perform a repetitive sequence of movements. An excellent example of a robot would be something like a trash compactor robot from a film called WALL-E (2008). However, AI is most likely present in a robot, controlling and navigating systems along with analyzing information to have a specified result.

AI And Automation Are The Same Things.

Artificial intelligence and automation are two terms that people are often confused about. They tend to mix AI and automation because they do have a relationship and are interchangeable in some cases. However, there are significant differences between the level of complexity of the two systems. Automation is all about making hardware or software that can do things automatically — without human intervention. Automation may or sometimes may not be based on AI. Automation is achieved by applying sensors and performing an action corresponding to the sensor readings. Take the example of fire alarm systems deployed in buildings. As soon as the smoke sensor is activated, water starts pouring down the pipes.

AI Is About Machine Learning Code.

READ MORE: ROBOTS CAN SWIM, FETCH, LIFT, AND DANCE. BUT CAN THEY ASSEMBLE AN IKEA CHAIR?

Creativity is a unique attribute of humans. But that doesn’t mean that artificial intelligence can’t be creative or can make something new and valuable. AI draws its knowledge from data, but can also combine different data sources to create something new. Numerous AI projects show that machines are capable of producing intricate works of art that compete with those created by their human counterparts. The Parisian company, Obvious Art, used an algorithm called the Generative Adversarial Network (GAN) to create a portrait that sold 432,500 US dollars. When provided with 15,000 portraits painted between the 14th and 20th centuries, AI observed art and then created something new – just like any human would.

It’s a common misapprehension that AI can give answers when we throw a lot of data at it. It is the quality of data, not the quantity that matters. Quality data is an integral part of an effective algorithm. Poor data produce poor results. Large volumes of poor and inconsistent data do not bring us closer to an accurate outcome. They can instead trick us by creating “apparently accurate” but incorrect results. That’s why AI and machine learning teams have jobs almost entirely focused on curating and cleaning data. Running data processes with AI requires even more engineering and computational power, and AI requires manual processes, often through data labeling.

AI Will Replace Only Low-Skilled Jobs.

People have long feared that AI would eliminate their jobs, but this is a big misconception. It is, however, true that the advent of AI and automation has the potential to disrupt labor seriously. But seeing this as a direct transfer of employment from humans to machines is a result of oversimplification. Some argue that AI will only replace small and simple jobs, freeing people to spend more time working on worthwhile projects. Again it is a mistake to believe that AI will replace only low-skilled and manual jobs. AI-powered robots and applications can already perform work generally reserved for highly trained professionals, such as doctors and lawyers.

Some experts are afraid of a robot uprising. Elon Musk, for example, called AI humanity’s “biggest existential threat” and compared it to “summoning the demon.” He says—”As AI gets probably much smarter than humans, the relative intelligence ratio is probably similar to that between a person and a cat, maybe bigger, I do think we need to be very careful about the advancement of AI.” However, for many AI and machine learning researchers, an AI that surpasses humans sounds like a distant dream. They are still struggling to solve even simple-seeming problems with AI and machine learning.

Next Inside The Lab: AI Breakthroughs That Will Power The Metaverse 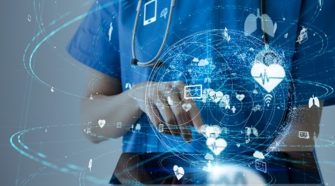