Type 1 diabetes (T1D) is an autoimmune disease that can strike both children and adults. It can leave those afflicted with difficult, life-long disease management issues and potentially devastating long-term complications such as kidney failure, heart attack, stroke, blindness, and amputation.

There is no prevention or cure for this disease, and rates of T1D have risen steadily over recent decades, making research on prevention and early detection increasingly critical.

Last year, IBM Research highlighted previous related research1 conducted in collaboration with “JDRF is proud to support the transformative work of IBM and the T1DI Study Group,” says JDRF’s Senior Director of Research, Frank Martin, Ph.D. “Over the last two years this successful partnership has uncovered several key aspects of autoantibody progression that will help clinicians more efficiently identify those who are at the highest risk of developing T1D. Through better screening, monitoring, and risk education we can minimize the near- and long-term health consequences associated with missed T1D diagnoses.” JDRF and five academic research sites which form the T1DI Study Group: in the US (DAISY, DEW-IT), Sweden (DiPiS), Finland (DIPP), and Germany (BABYDIAB/BABYDIET). That work advanced insights into development of biomarkers associated with the risk of T1D onset in children and ultimately found that the number of islet autoantibodies present at seroconversion, the earliest point in autoimmunity development, can reliably predict risk of T1D onset in young children for up to 10 to 15 years into the future.

Now, IBM Research has another important milestone in this field of research. This week, Nature Communications published new research by the T1DI Study Group which shows that the progression of Type 1 diabetes from the appearance of islet autoantibodies to symptomatic disease is predicted by distinct autoimmune trajectories.2 In this work, we added a unique data visualization tool – DPVis3 – to the AI and machine-learning tools IBM Research has been developing for disease progression modeling (DPM Tools).4 This has allowed us to unlock entirely new insights from the study data that may ultimately help refine how we understand the impact of islet autoantibodies on the development of T1D, thereby improving our ability to predict onset of the disease.

These new tools allowed us to unlock entirely new insights from the study data that may ultimately help refine how we understand the impact of islet autoantibodies on the development of T1D.

As we previously showed, the presence of multiple islet autoantibodies at seroconversion increase risk of T1D, but they may not occur consistently over time — and a patient may have different combinations of antibodies at different points in time. Our previous research showed that the implications of these changes were unclear, so we set out to address this by analyzing the complex patterns of antibodies that occur over time instead of at a single point in time. In doing so, we identified “This can be seen as a first step towards a categorization of patients with Type 1 diabetes into subgroups. We have identified that the groups differ and need to find out more about how they differ by for example studying genetic factors that may play a role,” said Markus Lundgren, principal investigator of the DiPiS study in Sweden. Three distinct trajectories, or “pathways,” associated with varying degrees of risk, each of which was comprised of multiple distinct states.

The combination of AI and data visualizations made it possible to put researchers in the loop for this large-scale, long-term collaboration by providing a common framework for our evolving understanding of how biomarkers influence a patient’s journey toward disease onset.

This research could eventually make it easier to identify at-risk children whose families can learn about the symptoms of T1D, allowing early diagnosis. Unfortunately, many today are not diagnosed until they have progressed to diabetic ketoacidosis, a life-threatening condition with potential long-term negative health effects. In addition, at-risk children can participate in clinical trials focused on delaying, and possibly preventing, the onset of T1D.

Our work on T1D is just one part of a broader mission at IBM Research to develop AI technologies such as the DPM Tools to advance scientific discoveries in healthcare and life sciences. In addition to JDRF, we collaborated with other foundations that brought in deep commitment and scientific expertise, notably CHDI Foundation for Huntington’s disease is an inherited disorder that causes neurons to die in various areas of the brain, including those that help to control movement.Huntington’s disease.

Symptoms of Huntington’s typically begin to manifest between ages 30 and 50 and worsen over time, ultimately resulting in severe disability. While there is currently no treatment available to slow the progression of the disease, there are medications that are used to treat specific symptoms. Unfortunately, most have side effects that can have a negative impact on quality of life for patients with Huntington’s.

CHDI and IBM have been engaged in collaborative research along with other academic institutions for several years, addressing multiple research questions that have spanned disease progression modeling, brain imaging, brain modeling, and molecular modeling.

Most recently, this collaboration created another important paper, describing nine disease states of clinical relevance discovered using our suit of DPM Tools. The ability to derive characteristics of disease states and probabilities of progression enabled by models like these could accelerate drug development through the discovery of novel biomarkers and improved clinical trial design and participant selection.

This work was published in Movement Disorders,5 the official journal of the International Parkinson’s and Movement Disorder Society, and the significance of our work was highlighted in a Nature Reviews Neurology “In Brief”6 section. We also carried out similar work on Parkinson’s disease in collaboration with the team at the Michael J. Fox Foundation which was published in The Lancet Digital Health.7

While the specifics vary, these three conditions all share certain characteristics, specifically a profound, life-long impact on the lives of patients and their families and the fact that they are all highly complex conditions, with progression pathways that are difficult to assess, characterize and predict.

Looking to what’s ahead

Modern science is a team effort, but nowhere is this truer than in healthcare where breakthroughs in understanding disease and developing new treatments, require collaboration among research teams across numerous disciplines.

IBM has been actively convening, coordinating, or participating in such inter-disciplinary teams, resulting in clinically important findings and high-impact journal publications. The three projects highlighted here stand out as exemplars of our approach to scientific discovery through collaboration with communities of discovery. Through this work, we have established an ecosystem of reusable methodologies, models and datasets that is already being applied to study other pathologies and that will be used to broaden the scope of our work in the future. 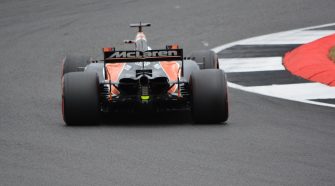