As part of the trailblazing MissionH24 project, the H24 electric-hydrogen prototype, co-developed by the ACO and GreenGT, set a speed record.

After the hybrid electric race car, GreenGT has designed and field-tested a 44-ton hydrogen-powered truck that emits only water vapor.

On the Imola race track in Italy, the H24, an electric-hydrogen powered vehicle, crossed the finish line of its first race. This represents a significant milestone, as never before in the history of motor sport has an electric-hydrogen powered prototype competed in an international endurance race. Powered by two hydrogen engines, the vehicle reached a speed of 291 km/h on the circuit.

GreenGT has initiated MissionH24 in partnership with the Automobile Club de l’Ouest (ACO), a project dedicated to the introduction of a category reserved for hydrogen prototypes during the 2025 edition of Le Mans, a famous 24-hour endurance car competition.

The first participation of an electric-hydrogen powered vehicle in an international endurance race was accomplished within the framework of the pioneering MissionH24 project and proved to be a complete success: 110 minutes of racing, 38 laps, four hydrogen refuelings at the TotalEnergies station.

This success acknowledges the progress made since 2018 by people fully committed to the MissionH24 program, such as GreenGT, a company based in Collombey-Muraz (canton of Valais). Moreover, this event permanently makes this project, jointly supported by the ACO and GreenGT, a reality.

A milestone in the energy transition of motor sports

The achievement was so impressive that the race organizers wanted the H24Racing driver to stop his hydrogen vehicle at the foot of the podium after the finish, alongside the first competitors in the Imola race. This performance is another milestone in the energy transition of motorsports and, more generally, of the mobility sector.

An independent company active in electric-hydrogen technologies, GreenGT analyzes, designs, develops and delivers studies, products and services for motorsports, the mobility industry, as well as for infrastructures and land.

Following the H24 hybrid electric race car for the 24 Hours of Le Mans and the signing of an agreement with Liebherr-Aerospace Toulouse, GreenGT has designed and tested a 44-ton truck that only emits water vapor.

The Role Of Artificial Intelligence In Compliance And Cybersecurity For Startups 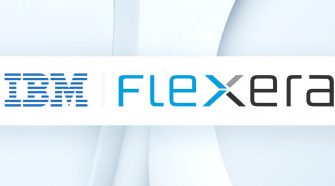