Your Manager Is An Algorithm. Here’s How To Fight Back

Automated decisions that gig workers can’t make sense of or challenge are controlling millions of working lives, even deciding when to deprive some of the means to earn a living.

When you’re a gig economy driver, every move you make is monitored.

Every job offered – accepted or refused – every price point presented, every mile travelled, every customer rating received, the precise GPS location of the driver, all of it is collected by the app. The data is not neutral; it is used to make decisions about you.

The platform controlling the information uses it to decide which jobs to offer to which drivers, set prices, identify ‘underperforming drivers’ and even generate suspicions of fraudulent activity that can result in automatic termination of drivers’ accounts. How those decisions are made is opaque to those impacted and difficult to challenge.

Automated decisions that workers can’t make sense of or challenge are controlling millions of working lives, even deciding when to deprive some of the means to earn a living. Even where challenges are made, automation bias and opacity of decisions makes challenges very difficult.

The ways an algorithm manages a worker are complex, trawling through a vast number of data points to generate algorithms whose logic isn’t always apparent to the platforms themselves. Platforms’ focus is to use algorithms to maximise profits – keeping target journey times to a minimum, or identifying the lowest price that a worker will accept for a job, for example.

This entrenches significant power imbalances between corporations and workers. Corporations collect and hold the data. They decide whether and how it is processed, and for what purposes. Workers meanwhile are left in the dark.

About 4.4 million people in the UK, many on lower incomes, worked for a gig economy platform at least once a week last year.

How did we get here? The gig economy is particularly fertile ground for the growth of management by algorithms. Its workers tend to be more precarious, enjoying fewer formal rights and less bargaining power than in other sectors. And data-driven technology is at the heart of gig economy business models. Indeed, for many platforms, using data to profitably match consumers and workers, data-driven technology is the business model. How individuals are impacted by technological developments is often a secondary consideration, and little understood.

Gig economy platforms like Uber and Deliveroo have long argued (with mixed success) that workers are independent contractors, not entitled to any worker or employment rights. But at the same time workers are intensively managed using data processing that they aren’t able to understand.

IS AUTOMATION JEOPARDIZING OUR FUTURE?

So where is this all heading? The incentives for employers to process data also pervade other sectors. Employers in every line of business have an interest in maximising the monitoring and performance management of their workers. Research shows that in recent years, algorithmic management has been moving into ‘higher status’ sectors and affecting white collar workers too.

The gig economy is not a special case when it comes to using algorithms to manage workers. It’s a warning of how data-driven technology will change the relationship between labour and capital and chip away at workers’ standards of living if left unchecked.

So how can this trend towards worse working conditions be arrested? In the EU and the UK, workers and their representatives are fighting back using a perhaps unlikely tool – the General Data Protection Regulation (GDPR). The EU rules on processing of personal data (retained by the UK at Brexit) apply just as much in an employment context as anywhere else.

Whilst the government has indicated an intention to reform the UK’s data protection regime, few details on the plans have been announced. The changes in the Data Reform Bill – recently published by the UK government but whose status is unclear – would not take the employment context outside the scope of data protection.

The GDPR is being used to challenge algorithmic management, give workers back some power, and support collective bargaining: the Italian Data Protection Authority fined Deliveroo 2.5 million euro in 2021 for failing to explain its data processing to workers, and for failing to ensure accuracy and fairness in the rating of their performance. The Amsterdam district court – also in 2021 – ordered the reinstatement of six Uber drivers terminated from the platform by AI decision.

The GDPR is increasingly used as a model for privacy laws around the world, including in the Global South. Kenya’s Data Protection Act and Nigeria’s Data Protection Regulation are just two examples. This means that the work done using the GDPR to challenge algorithmic management and put power back in workers’ hands when it comes to new technology has not only Europe-wide but genuinely global significance.

Workers, unions, campaigners, and responsible employers – indeed anyone with an interest in the living standards of ordinary people – should pay close attention and give their support to these efforts; they offer a unique chance to influence labour relations in the 21st century for the better. 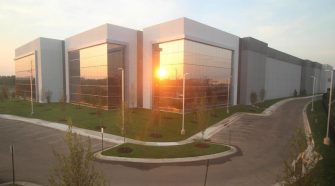