Robotics has come a long way in the past few years. Robots can now fetch items from specific spots in massive warehouses, swim through the ocean to study marine life, and lift 200 times their own weight. They can even perform synchronized dance routines.

But the really big question is—can robots put together an Ikea chair?

A team of engineers from Nanyang Technological University in Singapore decided to find out, detailing their work in a paper published in the journal Science Robotics. The team took industrial robot arms and equipped them with parallel grippers, force-detecting sensors, and 3D cameras, and wrote software enabling the souped-up bots to tackle chair assembly. The robots’ starting point was a set of chair parts randomly scattered within reach.

As impressive as the above-mentioned robotic capabilities are, it’s worth noting that they’re mostly limited to a single skill. Putting together furniture, on the other hand, requires using and precisely coordinating multiple skills, including force control, visual localization, hand-eye coordination, and the patience to read each step of the manual without rushing through it and messing everything up.

Indeed, Ikea furniture, while meant to be simple and user-friendly, has left even the best of us scratching our heads and holding a spare oddly-shaped piece of wood as we stare at the desk or bed frame we just put together—or, for the less even-tempered among us, throwing said piece of wood across the room.

It’s a good thing robots don’t have tempers, because it took a few tries for the bots to get the chair assembly right.

Practice makes perfect, though (or in this case, rewriting code makes perfect), and these bots didn’t give up so easily. They had to hone three different skills: identifying which part was which among the scattered, differently-shaped pieces of wood, coordinating their movements to put those pieces in the right place, and knowing how much force to use in various steps of the process (i.e., more force is needed to connect two pieces than to pick up one piece).

A few tries later, the bots were able to assemble the chair from start to finish in about nine minutes.

On the whole, nicely done. But before we applaud the robots’ success too loudly, it’s important to note that they didn’t autonomously assemble the chair. Rather, each step of the process was planned and coded by engineers, down to the millimeter.

However, the team believes this closely-guided chair assembly was just a first step, and they see a not-so-distant future where combining artificial intelligence with advanced robotic capabilities could produce smart bots that would learn to assemble furniture and do other complex tasks on their own.

Future applications mentioned in the paper include electronics and aircraft manufacturing, logistics, and other high-mix, low-volume sectors.

Next How To Prevent Discriminatory Outcomes In Machine Learning 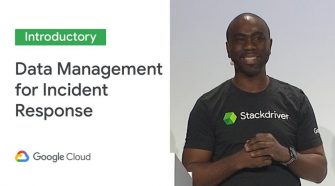