Depression is a mental health condition of multiple faces. Those who are depressed may exhibit their symptoms in different ways. They could become apathetic, sad, or agitated. They could also experience distorted sleeping and eating patterns.

These are only a few of the ways that this condition can be exhibited.

Some experiencing depression might actually seem normal to others. Not only until a trained psychiatrist evaluates a person will there be certainty regarding the diagnosis.

Unlike other conditions, there’s no sort of scan or test which would yield evidence for an individual being depressed.

This limitation in detecting depression might change sooner than we think. How? Through the use of AI.

In their study, researchers from the MIT  Computer Science and Artificial Intelligence Laboratory (CSAIL) developed a neural network model in order to detect depression from the voice patterns of the individuals being diagnosed, making it a context-free analysis.

Being context-free means that the model detects depression without directly examining the responses of the respondent.

In order to do this, the MIT researchers used 142 distinct audio and text samples from interviews with individuals undergoing depression screening as the training set for the neural network model.

This particular machine learning model can therefore discern the speech and language patterns that could be associated with depression.

In their study, the model attained a respectable 77% percent success rate in identifying those who have depression.

According to the researchers, the sample size used was small. They still want to research what exactly are the patterns the model links to those who have depression.

A potential use of this AI-based detection of depression will be a more accessible means for those who potentially have depression to seek help, especially since the high costs of mental health services remains a problem up to this day.

Another interesting application of this model would be detection of depression in children, something which is even more difficult to do.  There is a separate study which also used machine learning to detect childhood anxiety and depression.

On the downside,  this might end up being exploited by companies to filter out those who have mental health conditions in employment. Another troubling scenario will be the case of false positives, since that in itself might negatively harm individuals.

With this, there is truly a long way before AI will be integrated into actual psychiatric diagnostics. We need them to be robust and extremely accurate. At the same time, as with other applications of AI to society, we need to look at our existing policies to make sure it won’t cause harm.

Next Artificial Intelligence: Computer Says YES (But Is It Right?) 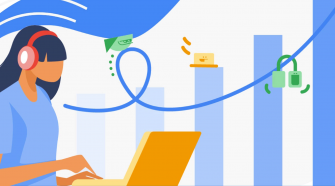