We are in the era of automation. Each year, robots are becoming more and more visible in our cities. At this point, it isn’t that difficult to think of a future where we will be in a full-blown cohabitation set-up with robots.

The question is, are cities prepared for a robot-filled future? What can we do right now to make sure that cities will become an environment that will allow humans and robots to live together in peace?

Let’s go through the main points of the article.

Urban Environments, Not Just for Humans: a Problem?

The city environment in the future will not only be occupied by humans — a lot of autonomous systems will be sharing this space.

Robots will be used for a wide variety of purposes — in transportation, to help people with special needs, to assist in the hospitality industry, to clean up our streets, to act as couriers in delivery services, just to name a few.

Not always would robots be welcomed in urban spaces. This is especially true for places intended for humans use — walkways, roads, cycling lanes, to cite some examples.

With our present-day situation, cities are already crowded. Factoring in the presence of robots, this can get even worse if we don’t manage their presence in urban spaces well enough .

How then can we prevent this crowded-city scenario? A critical factor will be the ability of the robots to self-regulate and coordinate.

To make sure that cleaning robots will be maximizing the use of the urban space they occupy, they can be configured to communicate with other cleaning robots so that particular areas of the city will be delegated to the one or the other.

Communication between the robots will not only prevent the crowding of urban spaces, it will also help them perform the duties they are designed to do.

Loke identified three layers of behaviour which robots can act in accord to:

Following these three layers of behaviour, the actions of robots are optimized in terms of their ability to cohabitate with humans.

Loke also proposed that the electronic tagging and licensing of robots are also necessary to make sure that robots in the public setting for the purpose of traceability and accountability.

Given that robots might end up living in multicultural cities, Loke also suggested that the ability of robots to distinguish different cultures and act properly based on the identified culture should be researched upon. Cultural awareness will allow robots to integrate even better in urban spaces.

Benefits Come with the Cost of Hard Work

A robot-friendly city will be one of heightened convenience, efficiency, and accessibility for everyone.

All of these will only be actualized if we are willing to put in the hard work of setting up an environment that will be a safe space for both humans and robots.

Given how rapid developments are in the domain of robotics are, we should be starting as early as now.

Previous Robots Can Outwit Us On The Virtual Battlefield, So Let’s Not Put Them In Charge Of The Real Thing

Next There Is No Difference Between Computer Art And Human Art

How AI Ads Are Disrupting Marketing

How Your Company Catches The AI Wave(s)

Robogamis Are The Real Heirs Of Terminators And Transformers 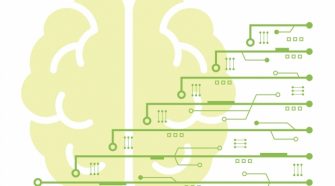