Neurodegenerative diseases are disorders that progressively affect neurons in the brain, altering their function and causing their death. They include many different disorders, such as Alzheimer’s and Parkinson’s diseases, which are among the top causes of disability and death and cost hundreds of billions of dollars per year in the U.S. alone (1). Huntington’s disease (HD), which is hereditary and caused by a single gene mutation, is particularly devastating.

According to the Huntington’s Disease Society of America, more than 200,000 Americans are currently at risk of inheriting the genetic-based disease. People with HD show symptoms that start as subtle cognitive and motor changes, but gradually develop into uncontrollable movements and dementia before eventually leading to death (2). There is great variability in the time of onset of these symptoms and their pace. Some people start showing them in their 20s, others in their 60s (3). This means that, even with the genetic tests available, there is a need to reduce uncertainty about the state and future of individual patients for their own life plans. Also critical are clinical trials that can potentially help treat those impacted by the disease. A potential route to progress is using techniques from AI that can learn patterns present in different clinical measures to extract insights about the present state of patients and their likely progression.

To explore this, IBM Research collaborated with CHDI Foundation, a non-profit biomedical research organization devoted exclusively to collaboratively developing therapeutics that will substantially improve the lives of those affected by HD. In a new study published in the Scientific Reports journal by Nature Research, IBM and CHDI researchers studied the relationship between the pace of subtle cognitive decline in patients before full-fledged symptoms and their brain activity, as shown by a functional MRI. The results demonstrate that measuring the potential progression of HD could eventually be done from a single brain scan, acquired in one visit.

A potential use case for AI

An important part of the collaboration between IBM Research and CHDI is developing AI models that learn patterns present in brain images that can provide individualized information about progression. These efforts are beginning to bear fruit.

Devastating as it is, from a technical point of view HD displays a number of features that distinguish it from other neurodegenerative disorders and not only guide treatment design, but also help us to better understand the disease. In particular, genetic tests make it possible to study its progression many years before the onset of symptoms. In fact, several large studies followed hundreds of people with and without the HD mutation over time (4a, 4b, 4c). This set-up is optimal for building AI models that can learn the earliest signs of the disease in the brain and can inform ongoing and future clinical changes.

Measuring the brain at rest

At IBM Research, we used data from one of these studies (TRACK-HD) to ask what information is present about the disorder in functional MRI scans, which record activity in the whole brain. Even when one is “doing nothing” (what neuroscientists call the “resting state”), the brain is always active. Some areas of the brain tend to become active in synchrony, while others tend to be more active when others become inactive.

Our team used AI techniques designed to extract data about ongoing cognitive changes present in these patterns of coactivation, which can be very subtle. This involved building a high-resolution network of the brain from resting-state activity, where functional connections are defined by high correlations between network nodes. Then, we built maps that ranked the centrality or importance of each node in each individual brain. We showed that these maps provide a reliable neurological signature, even when remeasured one or two years later.

Using interpretable AI models, we demonstrated that these patterns can indicate how fast cognitive changes are beginning to take place. We applied a simple logistic regression model, modified to select from the whole brain only the most relevant nodes. These models could reliably identify extreme subgroups of patients that were either stable or showing rapid decline. Additionally, these same models could provide a continuous estimate of the rate of the decline, which remained valid even when looking at data from hospitals that were not considered during model training. Having this robust estimate is important, because detecting slow and subtle clinical change is challenging, and can take many yearly visits to the doctor.

A rationale for the potential use of AI models to predict progression of HD. A single MRI measurement would be obtained on an individual that has not shown full symptoms. From this measurement of brain activity, the structure of a brain network would be estimated. The AI model would learn to use this network to distinguish patients that are stable from those starting to show cognitive decline. Patients in which ongoing change is expected could receive treatment and their evolution could be compared against an expected individualized trajectory, increasing ability to detect treatment effects during trials.

The potential for patients

This approach has several potential applications, in particular for the design of clinical trials. If successful, candidate therapeutics could be evaluated in people who are only just beginning to develop symptoms, when there is probably the best opportunity to slow progression, but without testing therapeutics in people who are completely symptom-free and stable and in whom the effectiveness of a new treatment would be impossible to detect.

This is not the first AI-driven result that IBM researchers have found. Two years ago, we applied AI models to anatomical (instead of functional) brain MRI. These images don’t track brain activity, but provide high resolution maps of the first signs of brain atrophy in the structures known to be affected by HD. We studied the information present in these maps about the early signs of motor impairment in research participants before full-fledged symptoms occur. We found that when AI models combine measurements of motor impairment from hospital visits with an MRI scan, it is possible to obtain an accurate estimation of this symptom’s severity within the following three years.

This prognostic information is important, not only for the design of clinical trials, but patients themselves. These are only the first of a series of results from combined IBM and CHDI research efforts driven by a goal of hoping to use personalized medicine to further advance drug development for this disease.

Previous AI-Powered Monitoring For Hybrid IT

Next Diamanti Accelerates Energy And Service Organizations’ Adoption Of AI/ML 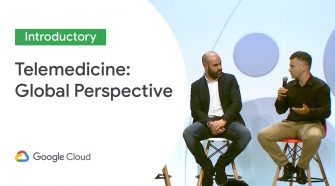