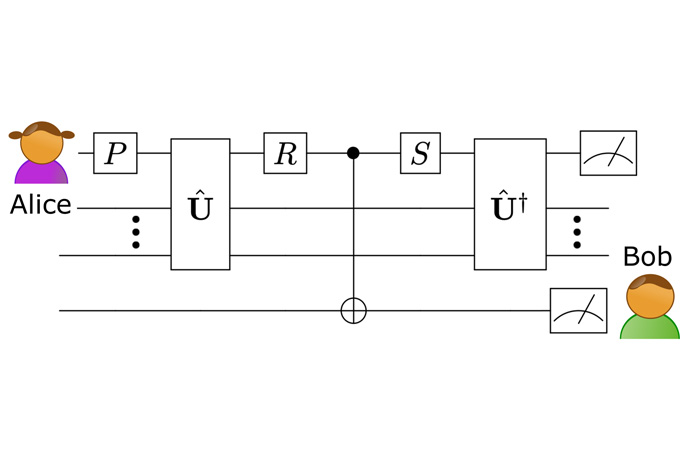 Using a quantum computer to simulate time travel, researchers have demonstrated that, in the quantum realm, there is no “butterfly effect.” In the research, information—qubits, or quantum bits—“time travel” into the simulated past. One of them is then strongly damaged, like stepping on a butterfly, metaphorically speaking. Surprisingly, when all qubits return to the “present,” they appear largely unaltered, as if reality is self-healing.

“On a quantum computer, there is no problem simulating opposite-in-time evolution, or simulating running a process backwards into the past,” said Nikolai Sinitsyn, a theoretical physicist at Los Alamos National Laboratory and coauthor of the paper with Bin Yan, a post doc in the Center for Nonlinear Studies, also at Los Alamos. “So we can actually see what happens with a complex quantum world if we travel back in time, add small damage, and return. We found that our world survives, which means there’s no butterfly effect in quantum mechanics.”

In Ray Bradbury’s 1952 science fiction story, “A Sound of Thunder,” a character used a time machine to travel to the deep past, where he stepped on a butterfly. Upon returning to the present time, he found a different world. This story is often credited with coining the term “butterfly effect,” which refers to the extremely high sensitivity of a complex, dynamic system to its initial conditions. In such a system, early, small factors go on to strongly influence the evolution of the entire system.

Instead, Yan and Sinitsyn found that simulating a return to the past to cause small local damage in a quantum system leads to only small, insignificant local damage in the present.

This effect has potential applications in information-hiding hardware and testing quantum information devices. Information can be hidden by a computer by converting the initial state into a strongly entangled one.

“We found that even if an intruder performs state-damaging measurements on the strongly entangled state, we still can easily recover the useful information because this damage is not magnified by a decoding process,” Yan said. “This justifies talks about creating quantum hardware that will be used to hide information.”

This new finding could also be used to test whether a quantum processor is, in fact, working by quantum principles. Since the newfound no-butterfly effect is purely quantum, if a processor runs Yan and Sinitsyn’s system and shows this effect, then it must be a quantum processor.

To test the butterfly effect in quantum systems, Yan and Sinitsyn used theory and simulations with the IBM-Q quantum processor to show how a circuit could evolve a complex system by applying quantum gates, with forwards and backwards cause and effect.

In the team’s experiment, Alice, a favorite stand-in agent used for quantum thought experiments, prepares one of her qubits in the present time and runs it backwards through the quantum computer. In the deep past, an intruder – Bob, another favorite stand-in – measures Alice’s qubit. This action disturbs the qubit and destroys all its quantum correlations with the rest of the world. Next, the system is run forward to the present time.

According to Ray Bradbury, Bob’s small damage to the state and all those correlations in the past should be quickly magnified during the complex forward-in-time evolution. Hence, Alice should be unable to recover her information at the end.

But that’s not what happened. Yan and Sinitsyn found that most of the presently local information was hidden in the deep past in the form of essentially quantum correlations that could not be damaged by minor tampering. They showed that the information returns to Alice’s qubit without much damage despite Bob’s interference. Counterintuitively, for deeper travels to the past and for bigger “worlds,” Alice’s final information returns to her even less damaged.

“We found that the notion of chaos in classical physics and in quantum mechanics must be understood differently,” Sinitsyn said.

Funding: This work was supported by the U.S. Department of Energy Office of Science.

Previous Potential COVID-19 Vaccines Get A Boost From Machine Learning 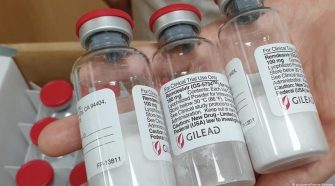