This approach could also help them issue timely warnings to communities in the path of these potentially deadly storms, report researchers.

In a new study, the researchers used machine learning to remove certain groups of hurricane predictions from ensembles—sets of predictions from weather models that are based on a range of weather possibilities—to lower errors and improve forecasts four to six days ahead.

Scientists use these ensemble models because weather is highly complex and trying to forecast even a single event creates huge amounts of data, says Jenni Evans, professor of meteorology and atmospheric science and director of the Institute for Computational and Data Sciences at Penn State.

“The models are run slightly differently many, many times to create an ensemble of possible future states of the atmosphere. It’s this ensemble that is given to the forecasters,” says Evans.

“We’re looking at 120 different forecasts at every time around the globe, then focusing on an individual typhoon or hurricane and asking, ‘What will this storm do in the future?’ Now, if you give those predictions to a forecaster only a few hours before their forecast goes live, that’s a huge amount of information to process,” she says. “So, instead, we’ve used advanced statistics and machine learning to try to break down those 120 forecasts into between four and six clusters where each cluster represents a distinct prediction of the evolution of the storm from all of the other clusters.”

Weather watchers may better recognize these ensembles as the collection of squiggly lines that show possible storm paths during hurricane season.

Although these models are good and getting better, they are far from perfect, Evans says. Each prediction may account for a slight variation in the many variables that make up weather, such as energy from the ocean and clouds, she adds. Also, they are mainly focusing on the sort of hurricanes—like Hurricane Sandy in 2012 and Hurricane Isaias in 2020—that move up the coast and out of the tropics.

“These storms are generally more difficult to predict because their environment changes so much through their lifetime,” Evans says. “If you look at the current models, they’re imperfect because you can’t see every molecule of water that you would need and every piece of energy from the sun, and we also know that how we represent some of that information is imperfect. But, when you are facing a hurricane, it’s important to know what type of storm you’re going to get—and when you’re going to get it.”

Like an arborist who cuts away weak and damaged limbs so the rest of the tree can flourish, the researchers divided the ensemble into groups of forecasts, known as clusters, and “pruned” those that were expected to perform poorly, according to Alex Kowaleski, a postdoctoral scholar in meteorology and atmospheric science. The researchers found that very small clusters tended to perform much worse than other ones.

CLUSTERING MAY HELP FORECASTERS GET MORE PRECISE WARNINGS TO PEOPLE WHO MAY BE UNAWARE OF THE CHANGING WEATHER SITUATION.

“There’s a strong relationship between cluster size and cluster error and it’s most prominent for the smallest clusters,” says Kowaleski. “The smallest clusters tend to perform much more poorly. That’s not due simply to it being a smaller ensemble size because, all things considered, if you just increase the ensemble size just by adding more members, you’ll get better performance up to a certain level. But these small clusters were so poor that they were doing worse than a randomly selected ensemble member.”

Among other results, the researchers were able to reduce errors that could affect forecasts by removing these small clusters.

According to Kowaleski, while most people know that hurricanes are dangerous, they often do not consider that the storms’ hazards vary widely from place to place due to factors such as tides and local topography. However, clustering may help forecasters better predict the variety of scenarios in different locations along the storm’s path and get more precise warnings to people who may be unaware of the changing weather situation.

“A hurricane presents a massive area of hazards,” says Kowaleski. “If you’re a stakeholder or a person living on the coast, it doesn’t matter where the geographical center of the storm is and what the maximum wind speed is. What you ultimately care about is what are the severe conditions that you and your community is going to experience.”

The research appears in Weather and Forecasting.

Previous Lost Your Job Due To Coronavirus? Artificial Intelligence Could Be Your Best Friend In Finding A New One 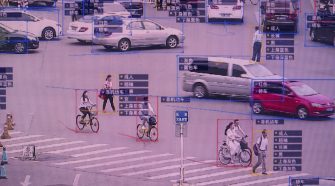