Most IT leaders said AI/ML initiatives matter more than they thought, and half said they will increase spending on them, Algorithmia survey finds.

Companies are planning to increase their spending on artificial intelligence and machine learning as a result of the pandemic, and IT leaders believe that those initiatives should have been a higher priority for their organizations all along, according to a newly released survey by Algorithmia, a provider of ML operations and management platforms.

Algorithmia’s “2020 Enterprise AI/ML Trends” survey was completed in August by over 100 IT directors and above who are involved with those initiatives and work in companies with at least $1 billion in annual sales and 5,000 or more employees, the company said.

There is little doubt the events of the past six-plus months have disrupted the plans of IT organizations. In fact, 42% of IT leaders responding to Algorithmia’s survey said that at least half of all their AI/ML projects were impacted from a priority, staffing, or funding standpoint because of the COVID-19 pandemic.

But that doesn’t mean those projects are going away—instead, their focus may have shifted, Algorithmia said. For example, 54% of IT leaders said their projects were focused on financial analysis and consumer insight prior to the pandemic. Coming out of the pandemic, the same IT leaders said these projects will be focused on cost optimization (59%) and customer experience (58%), according to the survey.

The data suggests that while IT might lock-in on cost-cutting when times are tough, over the long term, officials will prioritize the adoption of new technologies that enhance and enable automation, the company said.

Regardless of focus, IT leaders surveyed by Algorithmia said they agree that AI/ML projects will be a priority. Some 65% of survey respondents said that such projects were at or near the top of their priority list before the pandemic, and 33% said these applications are now higher on their list since the onset of the pandemic.

Further, 43% of IT leader respondents said that AI/ML matters much more than they thought as a result of the pandemic, and 23% said they realize now that the tech should have been their highest priority IT initiatives all along.

The survey data also showed that IT leaders are planning to spend more on AI/ML, and the pandemic is increasing demand for people with related job skills.

For example, 91% of respondents said they were spending at least $1,000,000 annually on AI/ML before the pandemic, and 50% said they are planning to spend more than that, the survey found.

Meanwhile, a lack of in-house staff with AI/ML skills was the primary challenge for IT leaders before the pandemic, according to 59% of respondents. The most important job skills coming out of the pandemic are going to be security (69%), data management (64%), and systems integration (62%).

“When we come through the pandemic, the companies that will emerge the strongest will be those that invested in tools, people, and processes that enable them to scale delivery of AI and ML-based applications to production,” said Diego Oppenheimer, CEO of Algorithmia, in a statement. “We believe investments in AI/ML operations now will pay off for companies sooner than later. Despite the fact that we’re still dealing with the pandemic, CIOs should be encouraged by the results of our survey.”

Next The History Of Artificial Intelligence

10 Steps To Create A Successful Cloud And AI Strategy 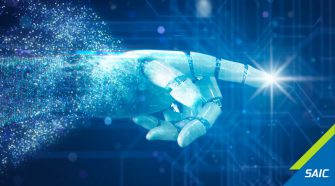