IBM scientists and researchers received 9,130 U.S. patents in 2020, the most of any company, marking 28 consecutive years of IBM patent leadership. IBM led the industry in the number of artificial intelligence (AI), cloud, quantum computing and security-related patents granted.

“The world needs scientific thinking and action more than ever. IBM’s sustained commitment to investing in research and development, both in good and in challenging times, has paved the way for new products and new frontiers of information technology that have greatly benefited our clients and society,” said Darío Gil, Senior Vice President and Director of IBM Research. “The culture of innovation at IBM is stronger than ever, thanks to our inventors worldwide who devote themselves to advancing the boundaries of knowledge in their respective fields every single day.”

IBM led the industry in the number of U.S. patents across key technology fields:

Patents were awarded to more than 9,000 inventors located in 46 U.S. states and 54 countries. Since 1920, IBM has received more than 150,000 U.S. patents and played a crucial role in innovations ranging from magnetic storage to laser eye surgery. IBM’s culture of scientific research is integral to the company’s legacy of innovation that matters to our clients and to the world. To that end, in April 2020, IBM announced that it was a founding partner of the Open COVID Pledge, which grants free access to the patents and patent applications of its portfolio of more than 80,000 patents worldwide to those developing technologies to help diagnose, prevent, contain or treat coronaviruses.

The Chip That Changed The World 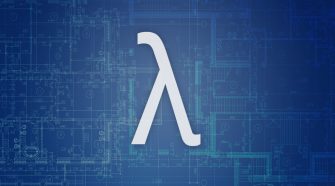